Another Court Term, Another Sign That Congress Must Fix Overcriminalization 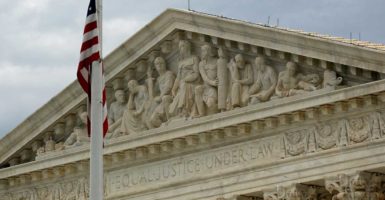 Another Supreme Court term has come and gone and overcriminalization—Congress’ overuse and abuse of the criminal law to “fix” every problem and punish every mistake—remains a concern at the court.

A closely-divided Supreme Court recently ruled, in Currier v. Virginia, that when a criminal defendant agrees with the government to adjudicate multiple charges through multiple trials, he cannot, when the first trial ends, reverse course and say that the U.S. Constitution allows only one trial.

That argument sparked a debate about overcriminalization between Justice Neil Gorsuch—who did not buy it, and wrote the 5-to-4 majority opinion—and Justice Ruth Bader Ginsburg—who did, and explained why in dissent.

Both would agree that there is an overabundance of federal criminal laws and regulations on the books today.

But in Currier, it seems that the justices disagree about which branch of government can and should tackle the issue, at least in that case.

It started when Paul Garrison told police officers that someone had stolen his safe and its contents: $71,000 and several guns. Officers eventually hauled Garrison’s safe out of a river with the guns but without the cash.

When officers confronted Garrison’s nephew, he confessed and gave up his accomplice: Michael Currier. A grand jury indicted Currier for burglary, grand larceny, and unlawful possession of a firearm by a convicted felon. Currier, it turned out, had previous convictions for burglary and larceny.

When the jury acquitted Currier at the first trial, however, he sought to stop the second one, arguing that to proceed as he had planned would violate the Constitution.

Currier argued that the Fifth Amendment’s Double Jeopardy Clause—which reads, “ … nor shall any person be subject for the same offence to be twice put in jeopardy of life or limb … ”—should bar the government from rehashing any issues already resolved in his favor at the first trial.

Here’s how Gorsuch and Ginsburg split.

Considering the text and history of the Double Jeopardy Clause, Gorsuch wrote that its English common law roots offer a bar only to repeat “‘prosecution for the same identical act and crime,’ not the retrial of particular issues or evidence.”

Under today’s so-called Blockburger test—named for the case Blockburger v. United States (1932)—courts determine whether two prosecutions for one bad act violate the Double Jeopardy Clause by asking whether both involve identical statutory elements. For better or worse, explained Gorsuch, “it’s not enough that ‘a substantial overlap [exists] in the proof offered to establish the crimes.’”

Gorsuch illustrated the point with an old case about a horse thief, saying “that a man acquitted for stealing the horse hath yet been arraigned and convict[ed] for stealing the saddle, tho both were done at the same time.”

Ultimately, the “Court has never sought to regulate the retrial of issues or evidence in the name of the Double Jeopardy Clause,” Gorsuch wrote, and it did not start doing so here.

In her dissenting opinion, Ginsburg argued that the court can and should provide a remedy in cases like Currier’s by incorporating more liberal rules used in civil cases into the Double Jeopardy Clause.

Precisely because we have “criminal codes of prolix character,” wrote Ginsburg, such a move “both arms defendants against prosecutorial excesses … and preserves the integrity of acquittals.”

Here, Gorsuch disagreed. But he was not blind to the underlying policy issue.

Many of the thousands of federal criminal statutes and regulations do overlap. For example, there are dozens of federal fraud and false statements laws that all bear disturbing resemblance to one another. In a 2013 lecture titled “Law’s Irony,” Gorsuch addressed the concerns that arise “when the criminal law comes to cover so many facets of daily life that prosecutors can almost choose their targets with impunity.”

Ginsburg, and the three justices who joined her dissent, worried that overcriminalization may have a negative effect on criminal trials. Prosecutors might, for example, tell defendants to accept a plea bargain and avoid trial or the government will make them pay through multiple trials based on overlapping charges.

To use Gorsuch’s example: one trial for stealing the horse, another for the saddle, and maybe one more for the horseshoes and another for the blanket. The “growing number of criminal offenses in our statute books may be cause for concern,” wrote Gorsuch.

But, he continued, “no one should expect (or want) judges to revise the Constitution to address every social problem they happen to perceive.”

That is equally true.

Gorsuch wrote that “[t]he proper authorities, the states and Congress, are empowered to adopt new laws or rules” to address such concerns; but in this case at least, and “[o]n these matters, the Constitution dictates no answers but entrusts them to a self-governing people to resolve.”

Currier is far from the first time that a U.S. Supreme Court justice has written about the problems of federal overcriminalization. Antonin Scalia was one, Clarence Thomas another, Gorsuch in earlier writings, and Elena Kagan, too, have added much to the debate.

And conservative leaders in Congress, including the soon to retire House Judiciary Committee Chairman Bob Goodlatte, R-Va., and Senate Finance Committee Chairman Orrin Hatch, R-Utah, have long known that the U.S. Code is overdue for a “spring cleaning.”

That view also happens to align with the Trump administration’s federal law enforcement priorities as Trump has presented them in several executive orders and agency officials have implemented in various policy decisions.

With Congress currently debating criminal justice reform, time will tell if this year it will listen to the court’s concerns.