Supreme Court Justices Agree: Overcriminalization Is a Problem in America 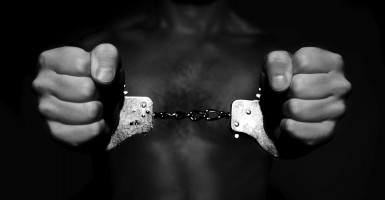 On Wednesday, a closely-divided Supreme Court issued a decision holding that tossing a few undersized fish back into the ocean from a boat is not the same thing as shredding a document.

While that might be common sense for some, there was a serious legal debate whether a fisherman should be prosecuted under a law designed to target financial firms in the wake of the Enron scandal.

John Yates, the fisherman in this case, was the captain of a commercial fishing boat in the Gulf of Mexico. In 2007, a Florida Fish and Game Wildlife Commission officer boarded the boat to conduct a safety inspection, and noticed that six dozen of the red grouper that Yates caught were undersized in violation of federal regulations. The officer issued a citation and ordered Yates to put aside the undersized fish in crates so that they could be examined back on shore.

But instead of complying with the request, Yates dumped the fish back into the ocean and replaced them with others he had caught. Doing so was a violation of law, punishable at most by civil fines and a suspension of his fishing license.

Or so he thought.

Yates was charged with destruction of “tangible objects” in violation of the Sarbanes-Oxley Act, a law designed to prevent financial firms from destroying corporate records that could reveal evidence of fraudulent activity. This statute imposes a criminal penalty on anyone who “knowingly alters, destroys, mutilates, conceals, covers up, falsifies, or makes a false entry in any record, document, or tangible object” with intent to obstruct a federal investigation.

The federal government argued that tossing the undersized fish back into the ocean is the same thing as shredding a damaging document. Specifically, they asserted that the “tangible object” language in the Sarbanes-Oxley Act was intentionally written broadly to include a variety of things that one could destroy in an attempt to impede the government’s investigation into your business. And there is no question that a fish is a tangible object.

While comparing shredding a document to putting a fish back into the water is amusing, the potential criminal penalties that Yates faced if convicted of violating this statute were not. If found guilty, as he was, Yates could have spent up to 20 years in prison, although fortunately for him, he received a substantially lighter sentence.

Writing for a plurality of four justices, Justice Ruth Bader Ginsburg concluded that while a fish may be a tangible object in the literal sense, it was not a “tangible object” within the context of the Sarbanes-Oxley Act:

“A fish is no doubt an object that is tangible; fish can be seen, caught, and handled, and a catch, as this case illustrates, is vulnerable to destruction. But it would cut §1519 loose from its financial-fraud mooring to hold that it encompasses any and all objects, whatever their size or significance, de­stroyed with obstructive intent.”

While acknowledging that “the question is close,” Justice Samuel Alito provided the decisive fifth vote in a separate concurring opinion.

While Justice Elena Kagan, joined by Justices Antonin Scalia, Anthony Kennedy and Clarence Thomas, dissented, arguing that the statute encompassed all tangible objects, there was one thing that all nine justices agreed on: Yates should never have been charged in the first place.

Kagan writes that this overzealous, misguided prosecution against a fisherman “brings to the surface the real issue: overcriminalization and excessive punish­ment in the U. S. Code.”  She continued:

Most district judges, as Con­gress knows, will recognize differences between such cases and prosecutions like this one, and will try to make the punishment fit the crime. Still and all, I tend to think, for the reasons the plurality gives, that §1519 is a bad law—too broad and undifferentiated, with too-high maximum penalties, which give prosecutors too much leverage and sentencers too much discretion. And I’d go further: In those ways, §1519 is unfortunately not an outlier, but an emblem of a deeper pathology in the federal criminal code. [emphasis added].

Kagan is exactly right. It is not uncommon for prosecutors to stretch the law beyond the breaking point by charging defendants with violating a broadly-worded statute that carries an unusually stiff penalty even though it seems self-evident that the particular statute was not designed to address the factual situation presented.

Take, for instance, the case Bond v. United States, where the government tried to use an international treaty to punish ordinary criminal behavior. In 2006, Carol Anne Bond found out that her husband was carrying on an affair with (and had impregnated) her best friend. In an amateurish attempt to exact revenge, Bond coated the woman’s mailbox and doorknob with a toxic substance that, fortunately for the other woman, had a distinctive color. On one occasion, however, the woman touched the door knob and suffered a minor chemical burn on her thumb.

Although it was clear that Bond had violated any number of state laws for which she could have been prosecuted, Bond was prosecuted by the federal government for violating the Chemical Weapons Convention Implementation Act, an international treaty that banned the use of chemical weaponsa statute clearly designed to go after would-be terrorists who threaten to use chemical or biological agents against the public, not a jilted housewife using chemicals commonly found in a kitchen cabinet to send a message to her husband’s lover. Who thinks up these cases? Indeed, during oral argument in the Yates case, Scalia wondered aloud whether the prosecutor in Yates was “the same guy that…brought the prosecution in Bond….”

In Bond, the Supreme Court held that the Chemical Weapons Convention Implementation Act did not apply to Bond’s actions, and rightly so. As the Court had ruled earlier in United States v. Batchelder, if a criminal statute does not “give a person of ordinary intelligence fair notice” of its scope, it denies due process. Charging a woman under an international treaty exceeded the bounds of the prosecutor’s discretion.

The same is true in Yates v. United States. Charging a fisherman with violating a corporate anti-shredding law designed to target financial accountants at best goes against common sense, and at worst, undermines the legitimacy of the criminal justice system. Kagan correctly recognized that these types of instances contribute to overcriminalization in America. Today’s decision was a step in the right direction of identifying the problem, and hopefully working toward a solution. 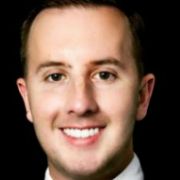