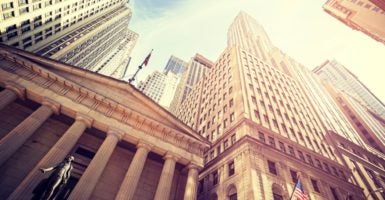 The Dodd-Frank reforms of 2009 were aimed at reigning in Wall Street, but have imposed draining compliance costs on small financial institutions. (Photo: iStock Photos) 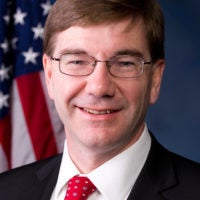 Rep. Keith Rothfus is the U.S. representative for Pennsylvania's 12th congressional district. He serves on the House Financial Services Committee.

With control of both the White House and Congress, Republicans finally have the opportunity to reignite the economy.

American families and workers have been waiting for eight long years for a return to healthy economic growth and opportunity, and congressional Republicans are ready to deliver.

Along with Obamacare and the Environmental Protection Agency’s regulatory excesses, the Democrat-backed Dodd-Frank financial regulatory reform stands out as a leading cause of the Obama era’s economic malaise.

At the Financial Services Committee, we have been hard at work crafting a legislative solution that will end “too big to fail” and puts in place reforms that will allow our economy to grow again.

The Financial CHOICE Act is based on several key principles. First, we recognize that American families, as well as businesses large and small, need access to capital. Dodd-Frank’s onerous rules have choked off the loans that so many Americans rely on to make their dreams a reality.

Under Dodd-Frank, community banks are forced to spend so many resources and so much time complying with complex rules and regulations that they have less and less time and money to actually serve the people in their communities.

Since Dodd-Frank became law, we have seen the decline of more than 1,600 banks either through consolidation or closure, destroying jobs and reducing choice for Americans seeking loans.

Financial CHOICE implements a suite of regulatory reforms that will reduce pressure on community banks and other institutions that provide vital capital to millions of Americans.

We also believe that every American, regardless of his or her circumstances, deserves a chance to achieve financial independence.

Washington should rightly protect us from fraud and deceptive practices—and there are ways that we can improve consumer and investor protection—but bureaucrats in the nation’s capital should not be in the business of micromanaging personal decisions about which financial products Americans choose.

Financial CHOICE reforms the Consumer Financial Protection Bureau so it can fulfill its intended purpose of consumer protection, not political witch hunts that reduce choice.

Of course, Dodd-Frank was cobbled together in response to a financial crisis characterized by systemic risk and bailouts. Eight years and thousands of pages of rules later, systemic risk has not been appropriately addressed and too-big-to-fail banks continue to operate with an expectation that the American taxpayer will save them in the event of a crisis.

Through Financial CHOICE, we can finally bring an end to “too big to fail” and bank bailouts. At the very least, the American people should never be on the hook to cover bank losses.

I understand why Democrats pushed Dodd-Frank and protect it so dearly. Dodd-Frank was built on the false premise that there were insufficient regulations leading up to the 2008 financial crisis.

After the financial crisis of 2008, Congress created the Financial Crisis Inquiry Commission to investigate the causes of the crisis. But astoundingly, Congress went forward and enacted Dodd-Frank before the commission had even issued its final report.

Thus, instead of thoughtful reforms and measured regulations, we were given a 2,300-page bill full of provisions springing from the motto of President Barack Obama’s then-chief of staff: “Never let a good crisis go to waste.”

This misguided law opened the door to heavy-handed, one-size-fits-all regulations that are crushing our economy. Republicans have a better way forward, and we plan on making it a reality in the 115th Congress.