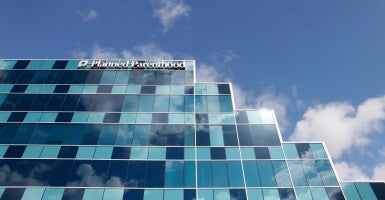 Stuart Bowen, the inspector general of the Texas Health and Human Services Commission told The Dallas Morning News that his office is investigating Planned Parenthood due to “specific allegations of fraud that were brought to us by a whistleblower.” (Photo: Aaron Sprecher/EPA/Newscom)

The Daily Signal previously reported that inspectors from the Texas Office of the Inspector General recently served subpoenas for clinic records at several Planned Parenthood centers in Texas.

Bowen told The Dallas Morning News that his office is investigating Planned Parenthood due to “specific allegations of fraud that were brought to us by a whistleblower.”

He added that the fraud allegations were brought to the office’s attention “almost concurrently” with controversial undercover videos of Planned Parenthood executives.

The inspection followed an announcement by Gov. Greg Abbott, R-Texas, that Texas will end Planned Parenthood’s participation in the state’s Medicaid program.

Texas is one of six states that have defunded Planned Parenthood in the wake of a series of undercover videos released by the Center for Medical Progress that depict senior executives at Planned Parenthood negotiating the price of aborted babies’ body parts “per specimen.”

Profiting from the sale of human body parts—including the body parts of the unborn—is a felony in the United States.

Spokespersons for Planned Parenthood have denied participation in illegal transactions. The organization recently announced that it will no longer accept “reimbursement” for donations of body parts to researchers.