Texas Governor Defends Defunding Planned Parenthood: It’s ‘Money That They Do Not Deserve’ 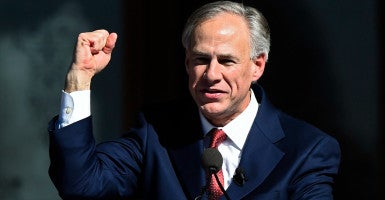 A letter was sent to Planned Parenthood affiliates in Texas on Monday notifying them that their Medicaid contracts will be terminated.

Abbott defended the state’s decision to cut off Medicaid funding to Planned Parenthood clinics, “money that they do not deserve,” on Fox News’ “America’s Newsroom” and says he expects and hopes for a legal challenge.

“I want to put these Planned Parenthood officials under oath and get them to swear about the practices that they were conducting in the state of Texas,” Abbott told Fox News’ Bill Hemmer. “Either their horrific practices will be revealed or they may be found in violation of law for perjury.”