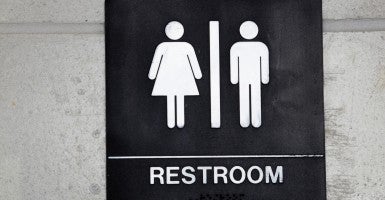 MADISON, Wis. — Sparta Area School District Superintendent John Hendricks has had little to say about his proposal to allow transgender students to use school restrooms of the gender with which they identify.

When asked why he proposed gender identity guidelines for his district, Hendricks said only that he thinks “it’s always advisable for an organization to have policy so that people have the guidance that they need.”

Unfortunately for Hendricks, Wisconsin Family Action and Alliance Defending Freedom are being loud and clear in their message that such gender identity policies violate students’ right to bodily privacy and could cost taxpayers by opening up school districts to legal liabilities.

“The first responsibility of a school board and a school administration is to protect the safety of students and to protect their privacy …When you have these policies, you put those at risk,” Wisconsin Family Action President Julaine Appling said. “At a minimum, you put the right to privacy at full risk for students when you allow the very, very few people who fall into these transgender situations to use bathrooms reserved for the opposite sex.”

Alliance Defending Freedom also provided additional documents outlining alternative actions school districts can take to protect both students and transgender individuals, such as providing transgender students with single-stall restrooms, uni-sex bathrooms or the controlled use of a faculty facility.

But it’s not like Sparta, a small city of 9,600 in western Wisconsin, is acting alone. More and more school boards in the state and across the country are implementing new guidelines to accommodate transgender individuals, who make up 0.3 percent of the nation’s population.

Steve Starkey, executive director of OutReach, a Wisconsin LGBT community center, said every step should be taken to ensure transgender students can use the bathrooms in which they feel most comfortable. He also praised the Janesville School Board for taking a “proactive” approach in September by changing its policies on bullying prevention and discrimination for transgender pupils.

“I think that’s a really positive step,” Starkey said. “It’s saying that those transgender individuals are valuable human beings and that they are going to be treated respectfully.”