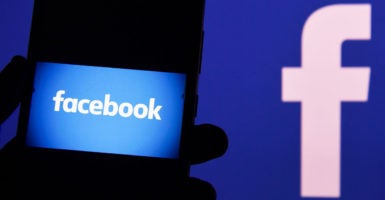 Facebook, YouTube, and other big tech companies are not bound to abide by the First Amendment of the Constitution, a federal appeals court ruled Wednesday, dealing a blow to conservatives online.

The decision by the 9th U.S. Circuit Court of Appeals came in a case brought by Prager University, a nonprofit that produces videos promoting conservative positions on politics. PragerU sued YouTube in 2017 for flagging several of its videos as “inappropriate” and stripping them of advertising.

“Obviously, we are disappointed,” PragerU attorney Peter Obstler said in a written statement. “We will continue to pursue PragerU’s claims of overt discrimination on YouTube in the state court case under California’s heightened antidiscrimination, free-speech, and consumer-contract law.”

PragerU, founded by radio talk-show host and author Dennis Prager, argues that the platform has become a type of public utility.

“Despite YouTube’s ubiquity and its role as a public-facing platform, it remains a private forum, not a public forum subject to judicial scrutiny under the First Amendment,” Circuit Judge M. Margaret McKeown wrote for the three-judge panel.

Conservatives long have said the 9th Circuit is a progressive liberal bastion.

President Donald Trump has made headway in recent months changing the makeup of the 9th Circuit.

Trump nominated Patrick Bumatay and Lawrence VanDyke to the court in 2019. The Senate confirmed them in December, raising the number of Trump’s 9th Circuit appointees to nine.

“Google’s products are not politically biased,” YouTube spokesman Farshad Shadloo said Wednesday in a written statement. “PragerU’s allegations were meritless, both factually and legally, and the court’s ruling vindicates important legal principles that allow us to provide different choices and settings to users.”

PragerU filed a similar complaint in January 2019, saying in the California lawsuit that Google restricted the nonprofit’s freedom of speech, discriminated against Prager in violation of the state’s civil rights law, and breached contract by violating YouTube’s terms of service.