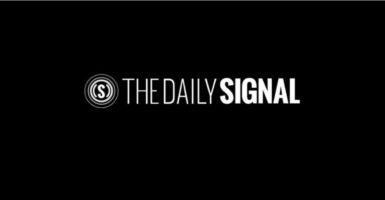 As conservatives, we know the facts are on our side.

But it’s not easy to communicate those facts—especially in a hostile environment with so many liberal-leaning media outlets.

What’s more, good, original, compelling journalism is time-consuming and expensive. Producing “real news” involves a lot of fact-checking, editing, and rigorous research—and involves competition against outlets with hundreds, if not thousands, of reporters, editors, and contributors.

That’s where The Daily Signal comes in. As the multimedia news outlet of The Heritage Foundation, we’re always looking to produce content that informs and educates. We’re producing research-driven journalism in a world of clickbait. And even as the media becomes more Washington-focused, we’re highlighting the real stories happening outside the D.C. bubble.

As Rep. Alexandria Ocasio-Cortez, D-N.Y., championed the Green New Deal, we ran op-eds showing the Green New Deal would hurt the economic futures of many Americans—and would have little effect on the climate. As House Speaker Nancy Pelosi championed the Equality Act, we exposed what that legislation would actually mean for the rights of Americans who believe in traditional values. As pundits called for the end of the Electoral College, we reminded Americans why the founders wanted it.

Here’s just some of the top content The Daily Signal team produced in 2019:

— Contributor Jarrett Stepman went to a socialist conference in Chicago, bringing Daily Signal readers an exclusive look at what America’s most extreme leftists want to do, including their advocacy of identity politics and willingness to decorate their conference with pictures of Marx.

— White House correspondent Fred Lucas has not only produced some of the most in-depth reporting on the impeachment proceedings, but during the hysteria of the summer border crisis, Lucas traveled to the border and described what it was actually like there.

–Kevin Pham, a doctor and a Daily Signal contributor, penned op-eds showing the truth about government-run health care around the world.

And of course that’s far from all we did in 2019. We also exposed the case of a military veteran imprisoned for simply digging on his own land; ran a powerful op-ed from a former transgender and nonbinary person who decided to return to being a man; and did in-depth reporting on voter fraud in Texas.

We know there’s a real hunger for strong journalism. The Daily Signal has had 34 million site visits this year. Our Facebook page is rapidly nearing having a million fans. Our work is cited by top media outlets, the White House, and lawmakers. Our journalists appear on top TV shows and on radio programs across the nation. We have a perfect score from NewsGuard—an organization that rates news outlets on accuracy and credibility.

But challenges remain. In 2020, we’re excited for some new projects, including running op-eds from college students—to showcase the new conservatives of the next generation. We’re aiming to produce more original content on YouTube and Instagram—two key platforms for getting the conservative message out among young adults. And we’re planning to send our reporters up and down the country—because we know, contrary to what the swamp would have you believe, the most important stories are happening outside Washington, D.C.

But in order to accomplish all this, we need you.

The more our message succeeds, the more threats we face. Just this year, The Daily Signal was classified as an “unreliable news website” by The Poynter Institute for Media Studies. After we fought back, Poynter destroyed the list—but we have no doubt that other liberal media elites will try to pull a similar stunt again. YouTube has also removed a video we had of a pediatrician talking about gender identity, and our fight against the tech giant’s censorship earned us coverage in Axios, NBC News, and more.

We need you if we want to succeed in 2020. Your support will enable us to hire an editor to lead our college student op-ed project, and to send our reporters across the country to expose and illuminate the most important stories. You make it possible for our top-notch team to get up every day and do the kind of journalism the D.C. elites would prefer not exist.

For the past five years, we’ve been so grateful for all of you who have contributed to our success. We could never have done it without you.

In return, we pledge that we’ll continue producing excellent journalism that educates, informs, and challenges.

To find out more about how you can join the fight and keep The Daily Signal at the forefront of real news, click here.