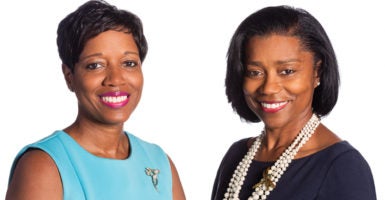 The Daily Signal, the multimedia news outlet of The Heritage Foundation, has added six new contributors to expand its team and coverage.

The Daily Signal’s recent growth comes as the news organization marks its fifth anniversary. The new contributors bring with them unique and diverse backgrounds, spanning a range of public policy areas.

Their contributions have already helped The Daily Signal reach new audiences with coverage of the most pressing issues of the day. Since January, unique visitors to The Daily Signal have increased 46% and page views have grown 32% over the same period in 2018.

“The Daily Signal is excited to expand its diversity of perspectives with these new contributors,” said Katrina Trinko, editor-in-chief of The Daily Signal. “As we begin our sixth year, we’re looking to further advance our analysis of and attention to underreported matters, and we think these contributors, who have diverse areas of expertise, will help us accomplish that.”

The new contributors include:

She is a graduate of Fisk University, who has 10 years of experience in corporate America and 15 years in communications. She created a company-wide mentorship program to reach public school students in Delaware during her career at MBNA Corp. She currently resides in Maryland with her husband and children.

Deana Bass Williams is Dee Dee’s sister and partner at Bass Public Affairs. She frequently co-authors commentaries with her about culture and identity politics.

Williams was also the chief of staff for Dr. Ben Carson in his appointed position as secretary of Housing and Urban Development under President Donald Trump. She lives in Maryland with her husband.

Joshua Nelson is a news reporter who covers politics, education, and society.

He is a native of Detroit, Michigan. He earned his associates degree from Tallahassee Community College, as well as a political science degree from Syracuse University. In between earning these degrees, Nelson worked for a national service organization called AmeriCorps, during which he earned the Congressional and Presidential Volunteer Service Awards.

During his time at Syracuse, Nelson wrote for the campus newspaper, The Daily Orange. He covered education policy and New York State politics. He is also an alumnus of Heritage’s Young Leaders Program. Nelson is a journalist and filmmaker.

His recent stories include: “America’s First Black Billionaire Says His Party Is ‘Too Far to the Left,’ Praises Trump Economy,” “San Francisco School Board Votes to Paint Over George Washington Mural,” and “Tussle Over Charter Schools Puts These NAACP Branches on Side of Betsy DeVos.” You can find more of his work here.

Kevin Pham is a medical doctor who writes about health care.

He is currently working on his MBA in health care administration. During medical school, Pham’s interest in public policy concerning medicine began when he observed that doctors spent more time on their computers filling out paperwork than with their patients. He is a graduate of The Heritage Foundation’s health policy fellowship.

His recent stories include: “American Healthcare Treats Canadians Who Cannot Wait,” “‘Socialist’ Nordic Countries Are Actually Moving Toward Privatized Healthcare,” and “Medicare for All Would Eliminate Americans’ Choice in Health Coverage.” You can find more of his work here.

She was born in Bogota, Colombia, and was raised in Elizabeth, New Jersey. She attended the University of Pennsylvania for her undergraduate studies and received her master’s degree in intellectual history from the University of St. Andrews.

Riano is a freelance writer and researcher, focused on communicating the experiences of conservative minorities. She has been published in National Review Online, The American Interest, The American Conservative, Better Angels, and The Imaginative Conservative. She has also authored a book on the history of Elizabeth, New Jersey, and translated a book about public theology to Spanish.

Her recent stories include: “A Time for Trade Schools” and “Despite Pressure, Many Hispanics Remain Pro-Life.” You can find more of her work here.

Originally from Minnesota, she currently resides in Texas with her four children. She has written about politics and culture for The Atlantic, the Washington Examiner, and The Daily Beast. She is also a senior contributor for The Federalist.

Her recent stories include: “This Christian Student Group Was Discriminated Against. It Could Soon Be Vindicated,” “LGBT Activists Could Be to Blame for Falling LGBT Acceptance,” and “What the UK’s Orwellian Gender Policy Gets Wrong About Men and Women.” You can find more of her work here.

Abby Streu is a member of the Young Leaders Program at The Heritage Foundation.