A Time for Trade Schools 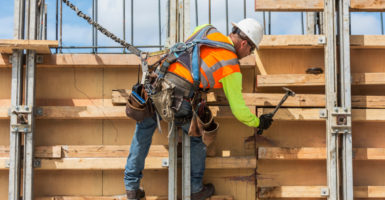 While 7.8 million Americans were listed as being unemployed in 2016, about 5.8 million jobs went unfilled because employers couldn’t find candidates with the necessary skills for these technical jobs, many of them in the construction industry, according to Career Education Colleges and Universities. (Photo: Getty Images)

Solving the huge debt incurred by young adults who took out loans to attend college has become a key policy debate.

By the beginning of 2019, student loan debt was at an all-time high: Over 44 million borrowers owed a total of $1.6 trillion. Student debt now is the second-highest consumer debt category, after mortgage debt.

Behind Sanders’ motivation for pushing legislation to forgive student loans is a belief that education is a human right. Those students who find themselves in exorbitant debt are being unjustly punished for wanting to do “the right thing,” Sanders said, “and that is going out and getting a higher education.”

But the importance of getting an education doesn’t necessarily correlate with a college education, especially considering the current state of higher education institutions across the country.

Many colleges have demonstrated a commitment to limiting intellectual diversity on campuses, as we have seen with the absurd instances of protest against free speech on campus. More importantly, many students who graduate from college struggle to find a job immediately,  as they lack a practical skill set to market beyond their education.

“When I am looking to hire you, I don’t care about where you went to school. I want to see what experience you have … what can you do for me?” Jose Sanchez, a senior mechanical engineer, said.

Sanchez is of the opinion that what matters in the job market shouldn’t be who you know or where you come from, but your ability to demonstrate skills and a willingness to grow those skills.

Loan forgiveness might be one solution that politicians will contemplate. But to truly fix the rising wave of student debt, we must begin to reconsider the value of college education for all young adults.

Although college might be a road that some students enjoy, higher education is not an infallible route toward financial stability, nor is it the sole route toward a meaningful and profitable career.

Other opportunities exist. Technical and trade schools provide a rich alternative to higher education that allows students to gauge what they want to get from their post-secondary education according to their own abilities and life goals. What stands in the way is a prejudice against trade schools as places that are inferior to university.

An article in Popular Mechanics reports: “Over the past year, media from the The Wall Street Journal to PBS have hailed technology schools and programs as harbingers of a new economy and reformers of a postsecondary education system that’s become over-priced, over-valued, and often irrelevant.”

Compared to most community colleges, vocational schools have a higher graduation rate, and the demand for careers in different trades has increased. For students who view college as a step toward a job and don’t focus so much on a liberal arts education, trade school is a quicker, hands-on option, as several industries that provide a wealth of jobs do not require a bachelor’s degree.

Citing the Bureau of Labor Statistics, the organization Career Education Colleges and Universities noted that while 7.8 million Americans were listed as being unemployed in 2016, about 5.8 million jobs went unfilled because employers couldn’t find candidates with the necessary skills for these technical jobs, many of them in the construction industry.

Erwin Tejada, 24, entered the trucking industry because he knew that college was not a viable option for him. His experience working in nontrade jobs proved to him that wages were too low if you don’t know a skill.

Tejada realized that what he needed for his economic stability was to take up a trade with a strong market in the United States. Obtaining a commercial driver’s license was his solution, and he got it within six months and found work almost immediately after.

Finding ways to get millions of Americans out of debt through a forgiveness program will not educate rising generations of college students to truly consider all of their options and to weigh all of the consequences and benefits that might come from attending college at a high cost that does not guarantee a job right out of school.

The future for vocational schools looks bright, since jobs in the trades are a vital part of any economy.

A 2013 study by Georgetown University’s Center on Education and the Workforce concluded that “middle-skill jobs,” which require education and training beyond high school but not college, are always necessary: Of the 55 million job openings created by 2020, about 30 percent will require some college or a two-year associate degree.

A summary of a 2018 report by the Association for Career and Technical Education notes how technical education can improve state economies:

Communities across the nation benefit from [career and technical education]. Oklahoma’s economy reaps a net benefit of $3.5 billion annually from graduates of the CareerTech System. Wisconsin taxpayers receive $12.20 in benefits for every dollar invested in the technical college system. Students who attended Iowa Community Colleges in Fiscal Year 2014-15 are expected to grow the state’s economy by almost $15 billion over the course of their working lives.

Trade schools are regaining popularity. This fact is something that we should applaud as more Americans become disenchanted in a world of cubicles and debt. They’re finding greater reward in learning a trade. 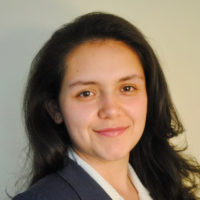