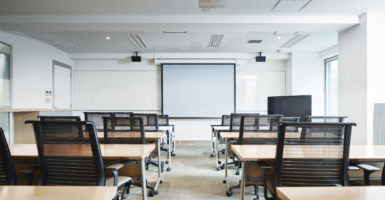 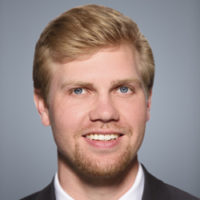 Families in the nation’s capital deserve a choice about educating their children.

This year, Congress has the chance to make changes to the D.C. Opportunity Scholarship Program—up for reauthorization—that could positively affect the future of D.C. children for decades to come.

The scholarship program has been a major success for participating students. Scholarship recipients have a chance to learn in safe environments, escaping dangerous schools, sexual harassment, and bullying.

Scholarship students are performing as well as their public school counterparts on tests of academic achievement for one-third of the cost. And they are graduating at a rate of an estimated 21 percentage points higher than their peers who applied for, but did not receive, a scholarship.

Yet opponents of school choice argue that greater educational choice is unnecessary since there are excess seats in D.C. Public Schools.

According to The Washington Post, Washington’s deputy mayor of education, Paul Kihn, said, “The city has more than 5,000 empty high school seats and more than 3,600 available middle school slots” in public schools.

The empty seats, however, are the result of parents looking for an alternative to the traditional public school system.

In addition to many more families applying to the Opportunity Scholarship Program than available vouchers, there are more than 11,861 children on the charter school wait list in the District. It’s a clear sign that families want options.

Parents are understandably seeking out better educational options for their children. Just 2 in 10 eighth-grade students in D.C. Public Schools are proficient in reading or math, as shown on the National Assessment of Educational Progress.

Perhaps even more concerning, District of Columbia public schools are dangerous. Children regularly self-reported skipping school because they felt unsafe. Their absences are understandable as 30% report being bullied at school, and 1 in 10 report being threatened with a weapon or injured on school property.

And political elites know the perils of D.C Public Schools.

In fact, Jimmy Carter was the only president in office to enroll his child in a D.C. public school in the last century.

No one should begrudge a president for choosing the best school for his child, but good education and healthy learning environments should be available to all children, not just those whose parents can afford to pay twice: once in taxes for the public system and a second time to pay private school tuition.

As Patrick Wolf, a professor of education at the University of Arkansas, said, “When it comes to education, how far you go matters more in life than how much you know, so educational attainment is the best measure of the effectiveness of a choice program.”

Education choice in the District is delivering on that score.

Wolf’s comment supports work done by Ron Haskins, Elizabeth Sawhill, and Brad Wilcox on the success sequence. Haskins found that individuals who “finish high school, get a full-time job, and wait until age 21 to get married and have children” are far more likely to join the middle class.

Brookings’ Richard Reeves notes that one factor preventing greater success among minority children is the fact that they “attend worse schools, in part because local tax and property laws prevent their parents from moving to neighborhoods with better schools.”

The D.C. Opportunity Scholarship Program, however, breaks down this barrier that would otherwise bar many low-income and minority children from better education by breaking the link between housing and schooling.

So what should the next steps be for the successful D.C. Opportunity Scholarship Program? As my colleague Lindsey Burke suggests:

And the 11,861 children on the charter school waitlist should be made eligible for a D.C. Opportunity Scholarship Program voucher in the future. Such an expansion would create massive new educational opportunity for D.C. families.