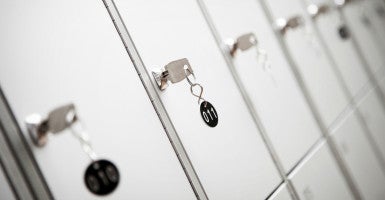 The school was previously found in violation of Title IX of the Education Amendments of 1972 for discriminating “against a transgender high school student on the basis of sex.” (Photo: iStock Photo)

A transgender student was granted access to an Illinois public school’s female locker room Friday after reaching an agreement with the school.

The agreement with the Department of Education’s Office for Civil Rights states that “Student A” will change behind curtains installed by the district in the girls’ locker room. The school has since upgraded to stalls for increased privacy for students.

The Department of Education clarified in a letter that the agreement provisions regarding access to the girls’ locker room apply only to “Student A.”

The resolution was reached after the Department of Education launched an investigation into a civil rights complaint by the transgender student’s family.

The school was found in violation of Title IX of the Education Amendments of 1972 for discriminating “against a transgender high school student on the basis of sex” by denying the student access to the girls’ locker room and instead offering “only separate facilities to change clothes.”

No person in the United States shall, on the basis of sex, be excluded from participation in, be denied the benefits of, or be subjected to discrimination under any education program or activity receiving federal financial assistance.

In a statement, District 211 disputed the department’s findings “because of the simple but important reason that gender is not the same as anatomy.”

Without reaching an agreement, the district could have lost millions of federal dollars and faced a lawsuit, reports the Chicago Tribune.

“Washington bureaucrats have no business overruling commonsense school board policies designed to protect the privacy interests of girls in intimate settings,” Roger Severino, director of the DeVos Center for Religion and Civil Society at The Heritage Foundation, said.

“But this is what happens when you combine the latest gender ideology with an overreaching federal government.”

According to a press release from the Department of Education, District 211 had previously given the student access to the school’s girls’ restrooms and girls’ athletics and “designated the student as female in its computer system.”