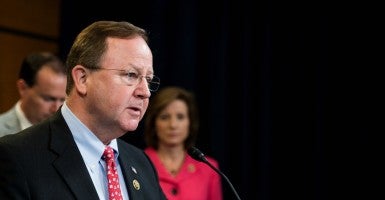 A proposal offered by Rep. Bill Flores, R-Texas, to increase the debt limit includes, among other reforms, two overlapping freezes on the writing of new rules by regulatory agencies. The first would be a freeze from the date of the proposal’s enactment to July 2017, and the second freeze would be on “midnight regulations” from Election Day to Inauguration Day.

The second freeze is aimed at preventing an outgoing administration to impose new rules on their way out the door, largely avoiding accountability for its actions.

Such midnight rule-making has been a persistent problem, engaged in during every presidential transition in recent times, whether the outgoing administration is Republican or Democratic. This is a good step toward addressing that problem of excessive regulation.

As written, however, the rulemaking freeze wouldn’t end on Jan. 20; rather, it would extend six months into the new administration. And this moratorium would stop all rule-making activity. His would include actions to reduce regulatory burdens, not just those that would increase them. The overall effect, then, would simply keep in place the burdens imposed by the outgoing Obama administration for half a year after the inauguration—just when the new president’s political capital is highest. This is unnecessary and counter-productive.

Moreover, to ensure real regulatory reform, additional changes—beyond a freeze—must be implemented. This should start with requiring congressional approval of new rules before they are adopted, as provided in the REINS Act.

Other steps should include establishing mandatory sunset dates for new rules and subjecting independent commissions such as the Federal Communications Commission and Securities and Exchange Commission to the same regulatory review requirements, which now apply to executive branch agencies.