Yes, Baby Girls Who Are ‘Unwanted’ Because of Their Sex Are Aborted in America 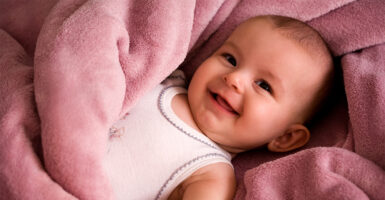 Unborn baby girls in the U.S. have a lower chance of being born because some parents who prefer boys abort their baby girls. In America, only seven states ban sex-selective abortions. (Photo: Cecile Lavabre/Getty Images)

If an unborn baby in the United States is a girl, her chances of being born are much lower than if she were a boy. That’s because in America, only seven states ban sex-selective abortions.

That’s why pro-life members of Congress have proposed the Prenatal Non-Discrimination Act, or PRENDA, which bans such abortions “undertaken for purposes of eliminating an unborn child of an undesired sex.”

Members of Congress have introduced various iterations of this bill since 2012, but so far, none have passed both the House and the Senate.

Advocates for the bill point out that the U.S. already bans discrimination based on sex and that all PRENDA would do is extend this same right to females in the womb.

Scholars lack exact statistics on why women choose an abortion because there is limited data on the numbers of abortions and the reasons for them.

What we do know is twofold. First, national pro-life organization Live Action went undercover to Planned Parenthoods in 2012 to test the question of sex-selective abortions. It found that Planned Parenthood was willing to give women abortions when their explicit reason was because of the sex of the baby.

Second, sex ratios at birth, or SRB, from different ethnicities suggest the presence of sex-selection. The global average shows 103 male babies born per 100 female babies. But in Asian-Pacific regions like India or China, the SRB is as high as 122.8 males per 100 females. This ratio is horrific. To stop this trend, China and other Asian nations went so far as to ban doctors from telling women the sex of their unborn children.

When it comes to the U.S., SRB data for some foreign-born populations reflects a similar preference for male children (few states restrict people from aborting their children based on sex). Yet these numbers go back to normal when scholars look at the SRB data for U.S.-born parents.

It should be a no-brainer to protect unborn girls from being aborted because of their sex. With Roe v. Wade and Planned Parenthood v. Casey overturned this past summer at the Supreme Court, no federal restrictions exist to bar a law like PRENDA.

As sociologist Barbara Katz Rothman says, the question “is not whether or not to have a child, but rather, what kind of child to have. The abortion right should not include the right ‘to bear or abort a particular child’ based on … gender.”

Feminists and social conservatives alike should want to see this base practice banned.

The Guttmacher Institute, the research arm of Planned Parenthood, sees it differently, though. First, it argues that sex-selective abortions are rare—so rare that it’s not worth passing laws to ban it.

Besides, spending more time discussing her motivation behind the abortion could cause her to rethink it.

There is good reason to question how “rare” such abortions are. Guttmacher relies on data from 1980 to show that state-level attempts to ban sex-based abortions do not change SRBs. This ignores recent studies that show sex-selective abortion ratios have increased since the late 1990s. Studies show that as prenatal technology develops, so does a nation’s disparity in SRB.

“Rare” or not, aborting even one girl or boy based on her or his sex is one too many.

Still, Guttmacher gets one thing right. Laws banning such abortion “do not prohibit other sex selection methods, such as sperm sorting or preimplantation genetic diagnostics,” also known as PGD.

With sperm sorting, the doctor “tests” the sperm to see if it has an X or Y chromosome. Since sperm decide the sex of an embryo, a family may choose to only use sperm with a Y chromosome. That way, they have a 70% chance of creating a male embryo (it’s not 100% because the sorting process can be difficult and isn’t always entirely successful in separating the sperm based on sex).

With PGD, a doctor creates multiple embryos for the purpose of testing them for genetic abnormalities. This test also reveals the sex of the baby.

Sperm sorting occurs before the creation of an embryo whereas PGD requires that doctors make multiple embryos before determining sex.

Sperm sorting is a problem because it controls the kind of child created. Families do not receive the child with open arms but instead design it. It’s not as heinous as sex-selective abortion, but it rests on the same premise—namely, that it’s acceptable to create or destroy the life of a child based on the parents’ desire.

In PGD, doctors destroy “unfit” or unwanted embryos, including based on the parents’ preference for a boy or girl. This is, in many ways, equivalent to sex-selective abortion. Given the fact that life begins at conception, this destroys unborn children.

Because of these issues, many nations like Canada and the United Kingdom won’t reveal an embryo’s sex in IVF.

This past summer, a gay couple in the United States sued a fertility clinic on the grounds they “ordered” two boys but received a girl instead. This is the epitome of conditional love. When adults order children to fulfill their own desires, they demean the inherent value and dignity of those children.

Congress needs a new PRENDA that bans sex-selective abortion and considers robust limits on PGD. No child should lose her life because she is the “wrong” or unwanted sex.

Whether the child is growing in the womb or an embryo in a lab, she has the right to life.