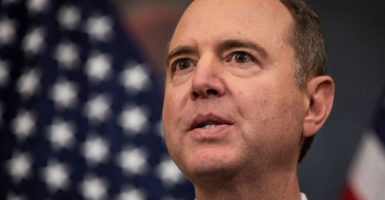 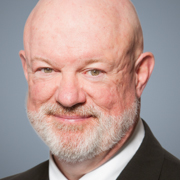 When law enforcement officials break the law to get someone they think is bad, politicians and the media rail in high dudgeon—and rightly so. The police, however, aren’t the only ones who occasionally decide to “get the bad guy” no matter what it takes or what laws may stand in the way.

Had Trump ordered federal law enforcement to subpoena Schiff’s phone records, you can bet that the congressman and his Democratic colleagues would have said such behavior posed “an existential threat” to the entire Congress, and we would have seen a third article of impeachment making precisely that claim.

Put aside for a minute the question of whether Schiff’s behavior violated the rights of those whose phone calls he revealed, or whether it violated Trump’s attorney-client privilege. Three other aspects of this matter are worth thinking about.

One is that it signals a new escalation in the partisan warfare that grips Congress these days. As Finley Peter Dunne observed more than a century ago, “Politics ain’t beanbag.” Yet, disclosing that Nunes made telephone calls to people of interest to the House Intelligence Committee signaled that nothing is out of bounds in the quest to get Trump.

Members of Congress ordinarily treat each other with respect and deference, in part to avoid being treated differently in return. Not so this in this instance. Only time will tell whether this was a one-off or the first shot in a new war. After all, someday House Republicans will regain the majority, and some may be itching for payback.

The second important feature is the relative silence about Schiff’s antics from the rest of the Democratic Party and the news media. Silence among the former is less surprising. The Democratic Party has a far stronger sense of solidarity than Republicans do. But the media’s silence is baffling.

As The Wall Street Journal’s editorial board noted on Dec. 8 (“Schiff’s Snooping Standard”): “The same media that howled when the Bush Administration gathered metadata to hunt for terrorists is silent when Democrats gather and release it against a conservative journalist and Republicans.”

Like the Democratic Party, it seems that most major media outlets are untroubled by a “whatever it takes” approach to impeaching Trump—or by allowing the public to conclude that they are hypocrites.

The final point is this: Schiff’s behavior may lead to legal or legislative action. Solomon claims that the congressman’s conduct violated the First Amendment. That’s a bridge too far, in my opinion, but the question remains: Why did Schiff embark down this dangerous road?

For the moment, he’s not saying much. What is clear, however, is that the Speech or Debate Clause in Article 1 of the Constitution will play a major role in any future legal dispute over Schiff’s actions.

The Constitution provides that “for any Speech or Debate in either House, [Senators and Representatives] shall not be questioned in any other Place.”  It thereby grants members of Congress immunity for anything they say in the lawmaking process on the floor of either chamber.

Yet, read according to its terms, any conduct other than giving a “Speech” or participating in a “Debate” would not be immune from criminal prosecution or civil action. Nor would giving a speech or debate anywhere other than “in either House.”

To be sure, the federal courts have read the clause more broadly, giving greater weight to its “purposes” than to its text. Events like this one, however, reveal the need for the Supreme Court to reconsider the reach of the Speech or Debate Clause.

The framers of the Constitution did not intend to grant members of Congress immunity for acting like junior G-men and telling the world what they found.

The text of the Speech or Debate Clause should be controlling in this regard, not the “purposes” that it serves, and certainly not when those purposes are reified to a point that they bear no resemblance to the clause’s text.

Why? Congress is the classic 900-pound gorilla. If its members think that they need protection for conduct other than speeches or debates, or for speeches and debates that occur outside of chambers, they can pass a law giving themselves that protection. They might even be able to garner enough votes to override a presidential veto, since it’s their own hides they are seeking to protect.

That would be a debate worth watching: Why members should be immune from laws that govern not only people in the executive branch, but also you and me.

I don’t know if Schiff’s evidence information gathering and disclosure were lawful. In part that’s because there’s little publicly available information about precisely what happened, how, and why.

I sure would like, however, to see Schiff and his 534 colleagues defend in public the proposition that they should be free from any and all legal accountability for what he did and for everything else that they do.

We have heard members of Congress repeatedly say that “no one is above the law.” Let them make their case that they—and they alone—should have that privilege.