A Day to Resolve to Fight Religious Persecution 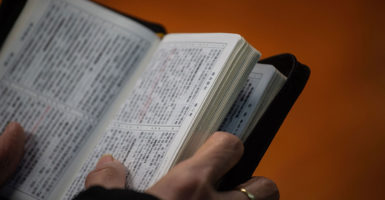 A Chinese worshiper holds a copy of the Bible in church. Chinese "underground" churches have faced increased pressure and persecution in the past year. (Photo: Philip Fong/AFP/Getty Images) 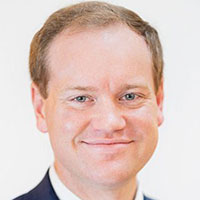 In a breakthrough for global advocacy of religious freedom, the United
Nations this year established Aug. 22 as the International Day Commemorating the Victims of Acts of Violence Based on Religion or Belief.

The U.N.’s May 28 decision was a long-overdue global recognition that
violence against people based on their faith is a serious and growing
problem.

In support of its adoption, U.N. delegates cited the recent attacks against
Muslims in New Zealand, Christians in Sri Lanka, and Jews in San Diego, as well as the ongoing crises involving the Rohingya in Myanmar, and Yazidis and Christians in Iraq.

While we are blessed to enjoy high levels of religious freedom in the West,
that same freedom is not shared worldwide. In fact, roughly 80% of the world’s population lives in countries with significant restrictions on religious freedom.

Christians are bearing the brunt of these restrictions. According to an independent review for the United Kingdom’s Foreign and Commonwealth Office and reports from Open Doors, an estimated 245 million Christians faced persecution in 2018. That’s an increase of 30 million from the previous year.

>>> Christians Are the No. 1 Persecuted Group Worldwide

The U.N.’s recognition of persecution is important, but it is not enough.
Greater action is needed.

Unfortunately, the debate over the International Day resolution put on full
display the problems that allow religious persecution to persist.

During debate, the United States raised the plight of religious minorities
in China—particularly the Uighur Muslims and Christians, both of whom have faced increased persecution under President Xi Jinping.

Reports show that up to 1 million or more Uighurs have been held in large detention campus in western China. Meanwhile, “underground” churches like Early Rain Covenant Church in Chengdu have faced new pressure, with the senior pastor and multiple members being arrested in the past year.

>>> Repression of Religion in China Is Getting Worse. Here’s What Can Be Done.

Sam Brownback, the U.S. ambassador-at-large for religious freedom, has accused China of waging a “war with faith,” and a coalition of 22 countries, mostly from Europe, recently called on China to close its detention camps.

Yet during the U.N. debate, China denied that it was sending the Uighurs to
detention camps, instead calling them “vocational and educational training
centers” to combat extremism. China then attacked the U.S., noting that others at the U.N. had accused the U.S. of killing and oppressing Native Americans.

Meanwhile, 37 other countries—including Russia, North Korea, and
Pakistan—have defended China as a human rights defender and its actions as necessary for combating terrorism.

China was not the only country to deflect attention from the resolution’s
adoption.

Iran criticized politicians in the United States for failing to promote
moderation, even while Tehran continues to arrest and imprison Christians,
Baha’is, and other religious minorities under its extreme interpretation of
Shia Islam.

It’s a sad fact that these sorts of tactics too often succeed at the U.N.
With no way to enforce religious freedom agreements, the U.N. has little
ability to change the behavior of countries that simply deny the abuse that is taking place.

This, combined with the U.N.’s strong bias against countries taking
individual action, makes it particularly difficult for coalitions to act
against religious persecution.

Thankfully, more countries and voices are pushing back against complacency on this issue. Brownback has led the way in promoting a more coordinated and effective response to violations of religious freedom, particularly in the creation of an annual Ministerial to Advance Religious Freedom hosted at the State Department.

>>> How the US Is Promoting Religious Liberty Around the World

That push is having some real effect, especially in Asia.

Even while under the shadow of China, Taiwan has become a new epicenter for religious freedom advocacy in Asia. Earlier this year, President Tsai Ing-wen appointed Taiwan’s own ambassador-at-large for international religious freedom, the first in the Indo-Pacific region.

Similar representatives have been established in Canada and a number of
European countries, as well as for the European Union.

This international day against religious persecution and the appointment of
special ambassadors should be just the beginning of greater action.

Governments and civil society groups should use Aug. 22 to raise awareness
of religious persecution, to combat it, and to press other countries to reform
their legal systems and social structures to reduce such injustice.

Nothing less will honor the sacrifice of the victims of religious
persecution.