These States Would Pay Most Under Biden’s New Business Tax 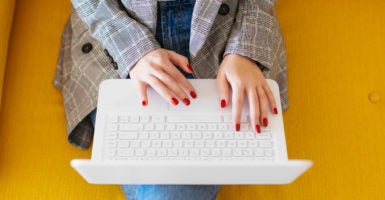 Over the year, average hourly earnings have increased by 3.2%. (Photo: Westend61/Getty Images)

It’s time to celebrate: We have the lowest unemployment rate in 49 years, and wages continue to rise—especially for lower-wage workers.

On Friday, the Bureau of Labor statistics reported that in April, the economy created a whopping 263,000 jobs, and the U-3 unemployment rate—the one commonly cited—fell from 3.8% to 3.6%. The alternate measure for unemployment, the U-6, which includes those discouraged and underemployed as well, remained unchanged at 7.3%.

This is consistent with the larger pattern we’ve been seeing of the economy booming: Over the last year, our economy is averaging 213,000 jobs per month, and we now have 103 consecutive months of job creation.

Here are the primary job gains and losses in April:

In addition, lower-wage workers saw some of the largest wage gains. Wage growth for production and nonsupervisory workers increased to 3.4% .  This shows that the poorest Americans are benefiting most when the economy is healthy.

In addition, the February jobs numbers were revised up from +33,000 to +56,000, and the numbers for March were revised down from +196,000 to +189,000. Factoring in those numbers, this means in February and March there were an additional 16,000 jobs created above and beyond those previously reported.

We have now seen nine straight months of year-over-year wage gains at or above 3%. Prior to 2018, nominal hourly wage gains had not reached 3% since April 2009.

This steady increase in wages continues to reflect that employers are competing to fill the over 7 million open jobs in America.

This means that people are either not working or have given up looking for work for various reasons. It could also mean that the number of people retiring increased.

The jobs report is just one measure of the overall health of our economy.  However, with the recentgross domestic product numbers shattering expert predictions, the increase in worker productivity, and small business confidence being near record highs, we are seeing that good economic policy that encourages Washington to get out of the way is working.

Here’s a suggestion to members of Congress and the White House: Don’t squander this moment of tremendous growth and prosperity. It’s time to curb the out-of-control spending and debt that continues to threaten future generations with higher taxes and less opportunity.

Americans are doing their part to plan for the future by investing, hiring, growing, and spending. It’s now time for Washington to do their part.