It’s Time for Congress to Defend Free Speech on Campus 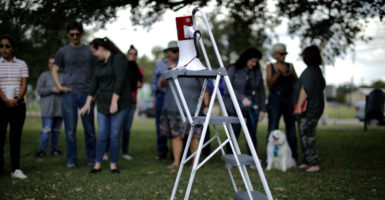 Thirty percent of college campuses now have restrictive speech codes, according to a study by the Foundation for Individual Rights in Education. (Photo: Chip Somodevilla/Getty Images) 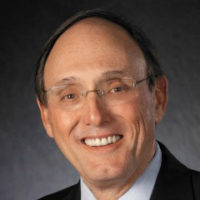 As an undergraduate student during the ‘60s, the Vietnam War was often on our minds and in our conversations.

I vividly remember the discussions. Students were debating professors and each another. Ideas were being exchanged, opinions formed, and unique perspectives shared.

I saw firsthand how college campuses across the nation were hubs of free speech—and some of that speech I vehemently disagreed with, in all honesty. Yet as a soldier years later, I would fight to protect and defend this right to free speech. As a country, we were best served by allowing all sides to passionately argue their views.

In the decades since, our colleges’ commitment to protecting free speech has eroded. Examples have piled up of students silencing and attacking speakers with whom they disagree, as well as students being arrested for violating their college’s policies on “free speech zones.”

Time and again, university leaders stand by and just allow this to happen.

The designation of a “free speech zone” is a particularly egregious example of how colleges limit free speech. These small parcels of land—often just a tiny fraction of the campus—are the only places students can freely engage in expressive activity, such as distributing fliers or holding a rally or protest. Students caught engaging in these activities outside the free speech zone can be subject to arrest, harassment, and discipline.

Roughly 10 percent of American colleges now restrict constitutionally protected speech to a particular corner of campus, according to a recent report, and 30 percent of colleges have restrictive speech codes. These regulations prohibit the kind of student expression that is typically protected by the First Amendment.

And disturbingly, students increasingly approve of these policies. A national study last year found that about one-third of students supported restricting free speech on their own college campus.

President Donald Trump has shown a strong commitment to protecting the free speech rights of college students. He recently announced an executive order that will require colleges to honor free speech on their campuses in order to remain eligible for up to $26 billion of federal research funding.

The president’s proposal sheds critical light on this issue. We should continue to send a strong message to institutions of higher education that free speech restrictions are at odds with our constitutional rights.

Congress likewise cannot sit idly by while college campuses restrict free speech. For this reason, I have introduced a resolution in the House of Representatives supporting the right to free speech, and admonishing institutions that aim to limit this right. It also calls on universities to abolish their free speech zones and recommit themselves to protecting the free and open exchange of ideas.

Twenty-one colleagues of mine in the House have co-sponsored this resolution, and I will continue to work on growing that number.

Fostering intellectual curiosity, robust debate, and passionate discussion on college campuses is vital for our nation’s strength and future. Passing this resolution will send a message to colleges and students throughout the country that the freedoms guaranteed by the First Amendment are alive and well in the 21st century.