Congress Is Writing a Blank Check for a Big Government, Socialist Tax-and-Spend Spree 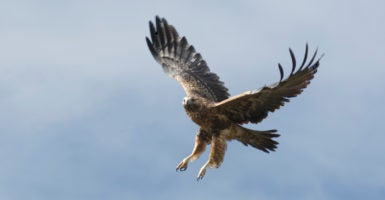 Falconers face fines and loss of their birds if they let them be photographed. (Photo: nikpal/Getty Images) 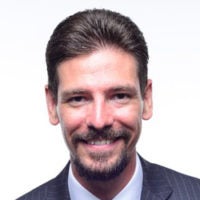 Jim Manley is a lawyer with the Pacific Legal Foundation.

When flocks of birds fly too close to airports, hotels, or landfills, property managers call someone like professional falconer Scott Timmons.

Timmons launches one of his falcons to patrol the property, where the majestic creature swoops and dives, scaring away seagulls, pigeons, and the like. His bird gets to fly free while he enjoys a centuries-old pastime.

But please, no pictures. No questions either. Although Timmons is free to fly his birds, federal regulations limit photos, films, and discussions about these symbols of freedom. He used to give presentations about his birds, but now he declines because state and federal laws tightly limit what he can say and how he can be paid for saying it.

But a new lawsuit filed by the Pacific Legal Foundation, on behalf of the American Falconry Conservancy and its members—including Timmons—aims to strike down those anti-speech regulations.

Falconers—the men and women who spend their free time nurturing, training, and flying birds of prey, and hunting small game with them—face thousands of dollars in fines and the loss of their birds if they let them fall victim to a photograph.

Federal regulations seek to control the messages falconers can deliver by prohibiting them from photographing or filming their birds if the images will be used in pictures or movies that are not specifically about falcons or falconry.

Forget about commercials featuring an eagle or a hawk, unless you’re selling birdcages or falconry  accessories. And, as Timmons’ experience shows, being paid for flying your bird if someone might snap a picture or ask a question about falconry is forbidden, too.

All four categories are content-based limits on expression—all forbidden by the First Amendment.

It’s not just falconers who face the brunt of such speech restrictions. The same sort of power to regulate photography has been used to shut down hunting videos, environmental activists snapping pictures of wildlife or farm animals, and citizen watchdogs who film the police.

The government essentially wants the power to control your Instagram feed. But the First Amendment doesn’t allow the government to decide what pictures you can take.

Preventing falconers from photographing their birds stymies the creation of speech based on its content—both because the speech features falcons, and because it is not about falcons.

According to the Supreme Court, regulations that police expression based on its content are “presumptively invalid,” and the government bears a heavy burden to overcome that presumption.

The Supreme Court has held that even horrific depictions of cruelty to animals cannot be banned, so long as the underlying activities are legal.

But there is nothing cruel or illegal about flying falconry birds. Falconers were working in partnership with birds of prey for more than 2,000 years before the federal government decided to get involved. Indeed, federal regulators have struggled to explain why the falconry speech rules exist—other than to simply assert their authority to regulate certain falconry birds.

No one doubts that laws like the Migratory Bird Treaty Act and the Bald and Golden Eagle Protection Act give the government the power to enforce regulations that protect the birds from being overworked or abused.

But the welfare of a bird is the same whether its image is shown in an advertisement for falcon perches (allowed) or for washing machines (not allowed). Banning falconers from contributing to movies, pictures, and commercials unrelated to falconry does nothing to protect migratory birds.

Worse still, these speech regulations are just the tip of the regulatory burden on falconers. Falconers are also required to waive their Fourth Amendment rights to be free from unreasonable, warrantless searches of their property and homes by armed government agents. That’s because the government can show up when it wants, and for whatever reason it wants, and demand access to their “falconry facilities.”

In most cases that means at their homes—where their falconry birds live—all without a warrant or probable cause, and there is nothing falconers can do about it. Protest or refuse, and they can be stripped of their license and have their bird forcibly confiscated.

It is a cruel irony that the people who likely most appreciate that symbolism have been forced to endure regulations that least reflect it. Falconry may be older than the Constitution, but falconers are still protected by it.