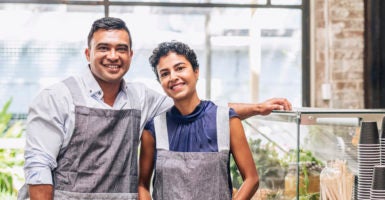 Hispanic or Latino workers’ unemployment rate dropped to 4.6 percent, falling below the prior record of 4.8 percent from 2006. (Photo: JohnnyGreig/GettyImages)

Hispanic or Latino workers’ unemployment rate dropped to 4.6 percent, falling below the prior record of 4.8 percent from 2006, the Bureau of Labor Statistics reported Friday. The new report also showed that 213,000 jobs were added in June, and unemployment climbed to four percent, a positive sign for the economy.

Trump has continued to mention the record low unemployment numbers at rallies and speeches across the U.S., mentioning the strong economy and continued success in unemployment throughout his presidency.

Unemployment benefits are available for up to 26 weeks in most states and pay eligible workers up to $450 per week.