India’s Economy Is Booming. Deregulation Is the Next Important Step. 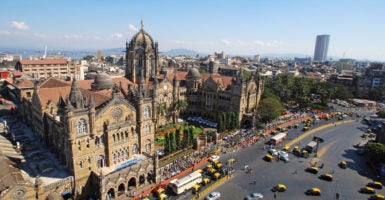 With reported growth of 7.7 percent in the fourth quarter of fiscal year 2017 and 6.7 percent annual growth projected for 2018, India now boasts the world’s fastest-growing economy.

The question now becomes how to preserve the momentum.

First and foremost, India must recognize that the growth enjoyed for the past two decades came largely thanks to deregulation and steady improvements in economic freedom. Since 1995, India has improved from a score of 45.1 to 54.5 in the Index of Economic Freedom produced by The Heritage Foundation. It still ranks 130th out of 180 countries, which means more can and should be done.

Dale Jorgenson, former head of the economics department at Harvard University, finds some of what is holding back the Indian economy. The areas Jorgenson identified are also areas where India comes up shortest in the Index of Economic Freedom.

Jorgenson recommends that India more effectively engage in international trade and speed its integration into the global market. The 2018 Index of Economic Freedom gave India a score of just 72.4 out of 100 on trade freedom because of trade barriers such as import licensing requirements that require companies that seek to do business there to endure a lengthy, tedious, unnecessarily detailed process just to be approved. Then, once approved, they face more regulations on the type and number of goods imported, especially in technology and vehicles.

Foreign companies that offer services such as banking, insurance, and construction also are strictly regulated. India’s government owns a large portion of the banking and insurance services and severely limits foreign competitors. In some cases, such as legal services, it prohibits foreign involvement entirely.

India also unduly restricts foreign direct investment in the economy. Its score of 40 out of 100 in the “Investment Freedom” area of the Index of Economic Freedom is nearly 20 points below the world average. This resistance to international investment reduces growth, keeps government and investors tethered in a way that promotes cronyism, and prevents competition and diversification of investment dollars that would add even more growth to the economy.

Foreign direct investment would also reduce the effects of government corruption on the market and increase stability and predictability in investments. Essentially, foreign investments would allow money to go to the best, most stable businesses rather than those favored by the government, which would go a long way toward improving economic freedom.

Private investment by Indian businesses must also increase if India is to continue to grow. According to the World Bank, the policy uncertainty associated with this relationship discourages investors. As Rafeeque Ahmed, who owns a shoe factory, told The Wall Street Journal, “We are afraid to invest because the government could suddenly change policies and thus our costs.”

India also scores nearly 20 points below the world average when it comes to labor freedom. The chief contributor to such a low score is job protection laws that prevent companies from firing employees. Because companies cannot fire unproductive workers, they resist hiring, which keeps productive workers on the sidelines.

India can enjoy pace-setting growth for the long run, but only if it embraces economic freedom by getting its government out of the way and allowing business owners and workers to make economic decisions for themselves.