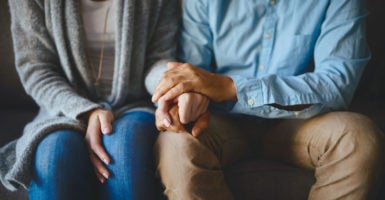 At least 19 states have laws enabling the state to strip workers of their occupational licenses for falling behind on student loans. (Photo: PeopleImages/Getty Images) 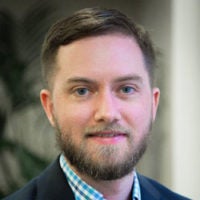 Caleb R. Trotter is an attorney at Pacific Legal Foundation.

Nearly one-third of Americans today must be licensed by the government in order to do their jobs.

Many of those people are among the 44 million Americans who have outstanding student loans. For that group of people, falling behind on student loan payments can mean that the state will strip them of their occupational license and their ability to earn a living in the job they were trained to do.

This shocking policy kicks people while they are down and is an abuse of the government’s licensing authority.

The New York Times recently reported on the troubling practice of some states revoking and suspending occupational licenses of workers who fall behind on student loan payments. According to the Times, at least 19 states, from California to Virginia, have statutes authorizing such heavy-handed collection practices.

These policies have a practical problem, noted by the Times: It’s difficult for a person to bring overdue loan payments current after removing his or her ability to work in his or her chosen field.

The phrase “you can’t squeeze blood from a turnip” comes to mind. But these laws may also be unconstitutional.

In the 1957 Supreme Court case Schware v. Board of Bar Examiners of the State of New Mexico, the court held that under the 14th Amendment’s due process clause, state licensing requirements “must have a rational connection with the [professional’s] fitness or capacity” to work in their chosen profession.

In that case, Rudolph Schware had applied for a law license, but was denied when authorities accused him of lacking a “good moral character” on account of his pro-communist activism some 15-plus years prior.

The Supreme Court reviewed the evidence and held that Schware’s past political activism and resulting arrests were insufficient to call his character into doubt or have any bearing on his ability to practice law. Therefore, the court ordered that he be allowed to sit for the state bar exam.

Likewise, the ability to afford personal loan payments doesn’t appear to have much connection to one’s ability to do his or her job. There are numerous circumstances—from medical problems to divorce or temporary unemployment—that might cause someone to default on a student loan.

It’s hard to see why that means someone should not be permitted to continue offering services as a licensed cosmetologist, for example. The license revocation or suspension only becomes a Catch-22, because if they can’t work, they can’t earn the money to pay back the student loan.

Moreover, it is unclear how much discretion licensing boards retain under these laws to pursue less draconian collection measures before revoking or suspending someone’s license.

Because the vast majority of student loans are given or guaranteed by the federal government, enforcing these statutes often causes state licensing boards to function as little more than debt collectors for the Department of Education—hardly the consumer-protection role they are alleged to perform.

It’s tragic that so many people today have seemingly insurmountable student debt, and it’s appropriate to hold people accountable for the loans they take on, of course.

There are debt collection laws and even bankruptcy laws that can be enforced. But unless a state can articulate a strong reason why a person with an occupational license is no longer competent to perform his or her job simply because he or she has defaulted on a loan, it makes no sense to take the license away.

At best, the laws are heavy-handed. More likely, they violate the well-established constitutional right to earn a living.