College Tuition Costs Are Out of Control. Here’s How We Can Right the Ship. 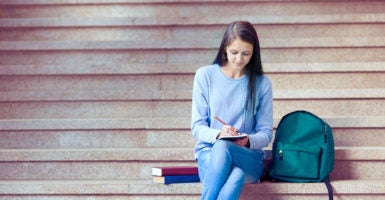 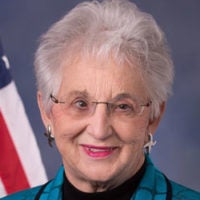 Virginia Foxx is the U.S. representative for North Carolina's 5th congressional district. She serves as chair of the House Committee on Education and the Workforce.

You can’t put a price on education, the saying goes, but if you did, it would be very high. And the cost falls on everyone.

Indeed, our economy is hampered by a two-pronged higher education problem: Collectively, Americans have racked up some $1.4 trillion in outstanding student loan debt. At the same time, that debt has been amassed by those who drop out before earning a degree and by those earning degrees with limited utility in the market.

Yet, despite growing evidence that generous federal subsidies have driven tuition increases, policymakers continue to subsidize increases in college costs, instead of tackling the drivers of student debt.

Easy access to federal student aid has enabled colleges to raise tuition profligately over the past several decades. When combined with generous loan forgiveness policies, which must be paid for by taxpayers, the result has been a threefold increase in the cost of college since the mid-1980s.

Economist Richard Vedder found that, had tuition and fees at colleges and universities grown at a rate similar to the growth prior to 1978—before there was significant federal subsidization of tuition—college costs at state universities would be closer to just $5,000 today.

The Higher Education Act, first passed in 1965, is the trough at which universities feed. The law authorizes multiple federal student loan programs, as well as the federal Pell Grant Program and the federal work study program.

The law isn’t a safety net of last resort for students who cannot afford college. It is a luxurious hammock in which students can repose, accessing subsidized student loans with few, if any, credit checks or examination of their ability to repay.

The federal government originates and services 90 percent of all student loans, crowding out the private lending market and placing taxpayers on the hook for student loan defaults and loan forgiveness policies.

This vicious lending-and-spending cycle serves no one well—save university administrators. The federal government makes loans available to anyone, universities raise tuition fully aware of the ease with which the federal government provides the loans—and students borrow more and more to finance college.

The best way we could begin lowering college costs would be to dramatically curtail federal student loans. Although the PROSPER Act now before Congress wouldn’t fully achieve this goal, it would begin reforming the Higher Education Act in a way that will lower costs for students and unburden taxpayers.

Perhaps most significantly, the proposal would eliminate loan forgiveness programs. Today, students can have their loans forgiven after 20 years—a figure which drops to just 10 years if a student enters government or nonprofit work after college.

The Congressional Budget Office estimates that American taxpayers are set to lose $108 billion over the next decade due to loan forgiveness policies.

Loan forgiveness unfairly shifts the burden of paying for college from the student to the taxpayer, more than two-thirds of whom do not hold bachelor’s degrees themselves. At the same time, such practices enable universities to raise tuition, knowing that students will have their loans forgiven in due time.

Additional reforms to accrediting processes that include alternative education opportunities, without expanding arbitrary power to executive branch officials, are among PROSPER’s further moves in the right direction.