I’m a Conservative College Student. The First Amendment Is Dying on Campuses Like Mine. 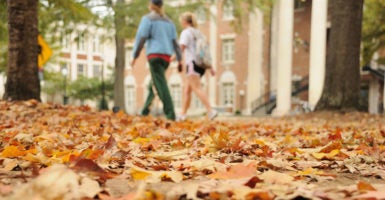 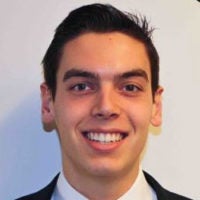 Bradley Polumbo is a student at the University of Massachusetts Amherst.

As a conservative columnist for my campus newspaper, it’s not unusual for me to be derided and accused of hate by leftist students.

Some have been calling for my firing ever since I started writing. I’m a mainstream conservative-libertarian. Apparently, that is beyond the pale.

Campuses are lively places, full of debate on political, social, and religious topics. But new ideological boundary lines have been drawn, and their crossing is met with reproach, accusations of hate, and even violence.

In March, a professor at Middlebury College in Vermont was hospitalized after protesters disrupted a speech by the social scientist Charles Murray.

Conservative commentator Ann Coulter also felt the wrath of campus extremism when threats of violence prompted the University of California, Berkeley to cancel her speech.

These events and others have marked the erosion of the free speech at colleges that were once lauded for their commitment to it. On today’s campuses, anyone with a remotely controversial idea comes under attack. Why?

Millennials seem to have a problem with free speech.

In a study by the Pew Research Center, 40 percent of millennials agreed that “the government should be able to prevent people publicly making statements that are offensive to minority groups.”

The study found that today’s youth are much more likely than their parents and grandparents to support the suppression of controversial speech—a fact that young conservatives like me know all too well.

The hate mail, electronic diatribes, personal attacks, and threats I faced during my freshman year at the University of Massachusetts Amherst would make you think I’d done something horrible. In reality, all I’d done was write in The Collegian, the school paper—columns arguing against the sanctuary campus movement, safe spaces, political correctness, and overzealous cultural appropriation policies.

But what has fueled this hostility toward alternate ideas?

It’s simple: College campuses, once lively places of debate and controversy, have come under the tyranny of groupthink. In an age defined by diversity, we’ve left no space for differences that go deeper than the skin.

Some professors blatantly teach their opinion as fact and belittle the few students who don’t subscribe to their gospel of leftism.

The result? College classrooms that used to be places of robust conversation now cultivate a spirit of complacency. Institutions of higher education are complicit in fostering a culture of comfort—and in doing so, they are doing students a disservice.

The real world can be an ugly place where college graduates are regularly confronted by ideas they disagree with and things they find offensive.

College campuses are not that way. They’ve become “safe spaces,” where students are sheltered from the very expansion of their worldview that is meant to be the purpose of their education.

At Wellesley College, six professors suggested that the university set up a “censorship committee” in order to make sure that “guest speakers with controversial and objectionable beliefs” were barred from campus. In 2015, the president of Northwestern University, Morton Schapiro, took to The Washington Post to write that “we all deserve safe spaces.”

On my own campus, some professors responded to the election of Donald Trump by bringing therapy dogs to class and giving out free hugs. The desire to shield students from offense has stymied the debate that actually prepares them for life in the real world.

Students are being taught that opposing viewpoints are akin to intellectual violence and that “provocateurs” like me are basically assailants.

Free speech is dying on campus, but millennials aren’t the ones killing it. Guilt lies with the institutions that have chosen to coddle students when they should be challenging them.

One reason conservative speech garners such violent responses is that students aren’t used to hearing ideas they disagree with. On today’s campuses, liberal professors outnumber their conservative counterparts 12 to 1, even though the general public consists of more self-identified conservatives than liberals.

For all our talk about minority inclusion, we haven’t addressed the under-representation of nearly half the political population. Students have gotten used to their side of the story, and have no tolerance for anyone who rationally challenges them.

In his question, my friend hit upon the tensions that are dividing college campuses like never before. For me, the current climate means that I’ll keep getting anonymous hate mail in my inbox.

But in the meantime, universities are creating a generation so hostile to free speech that the First Amendment has more than idle threats to worry about.