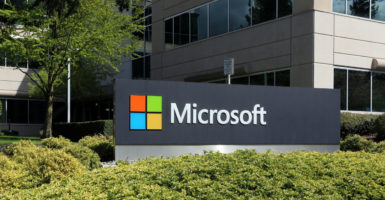 According to the FCC, 34 million Americans do not have broadband. (Photo: iStock Photos)

The growth of “broadband” (or high speed) internet access has bestowed enormous benefits on the American economy.

Roughly 300 million Americans have access to broadband—increasingly on mobile devices—which enables them to buy and sell goods and services; carry out business transactions; connect with clients, friends, and relatives; and obtain their entertainment, among other uses.

In short, readily available and affordable broadband is viewed more and more as a necessity by many Americans, much like water, electricity, and basic transportation.

But too many Americans, particularly in rural areas, still do not have broadband access.

According to the Federal Communications Commission’s 2016 Broadband Progress Report, 34 million Americans—about 24 million of them in rural communities—do not have broadband.

This means that many students, farmers, doctors, law enforcement officials, small-business owners, and families across rural America are being denied the benefits of broadband access.

For example, as The Wall Street Journal recently explained:

Counties without modern internet connections can’t attract new firms, and their isolation discourages the enterprises they have: ranchers who want to buy and sell cattle in online auctions or farmers who could use the internet to monitor crops. Reliance on broadband includes any business that uses high-speed data transmission, spanning banks to insurance firms to factories.

Private sector help is on the way, though.

In July, Microsoft announced a “Rural Airband Initiative” to invest in partnerships with telecommunications companies to bring broadband connectivity to 2 million more people in rural America by 2022.

Microsoft also stated that, to serve the broader goal of providing broadband to over 23 million more Americans, it was

“White spaces spectrum” refers to unused “buffer channels” between active TV channels in the VHF and UHF spectrum—which, thanks to technological advances, can now be used to provide broadband internet access without interfering with surrounding TV channels.

A bipartisan July 31 letter to the FCC, signed by 42 leading members of Congress, explained that white space frequencies allow a broadband internet connection to cover nine miles, while navigating the physical terrain that at times can make wireless broadband connectivity difficult.

Although the FCC commendably has freed up spectrum for rural broadband use, a bit more “spectrum unshackling” work needs to be done.

The July 31 congressional letter urged that the FCC reaffirm new rules enabling unlicensed devices to operate in white spaces, and take additional action to ensure that three usable TV channels remain available for broadband transmission purposes in every market around the country.

This advice is sound. It further frees spectrum from existing regulatory limitations, making it available for highly beneficial—and efficient—broadband internet use.

It is always great to see the private sector step up to the plate and propose new investments that leverage technologies and provide valuable, in-demand services that will benefit millions of Americans.

Microsoft’s proposal for rural broadband expansion, based on its own innovative business thinking that leverages regulatory reforms, is a terrific example.