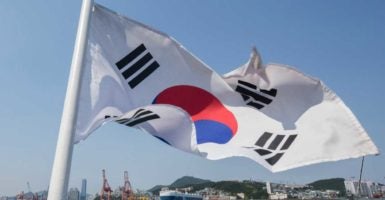 The strength of the U.S. alliance with South Korea is vital to countering hostile North Korea. (Photo: Benoit Doppagne/ZUMA Press/Newscom)

This week’s U.S.-South Korea summit will be scrutinized for signals of the strength of the relationship and divergence in approaches to North Korea.

The elections of U.S. President Donald Trump and South Korean President Moon Jae-in upended their countries’ policies toward the bilateral alliance and North Korea, producing uncertainty and concerns in both capitals.

Both presidents have subsequently sought to allay those concerns by sending messages of reassurance and commonality of objectives.

But significant policy differences remain in their two approaches toward Pyongyang, which will become evident over time. For the summit, both sides will emphasize building trust and a personal rapport rather than producing an in-depth policy framework. As such, there will be fewer public disagreements and policy fireworks than originally expected.

Trump has yet to fill critical vacancies for policymakers covering Asia at a time when numerous threats and potential crises are growing.

Trump has touted his dealmaking acumen as well as his unpredictability. He postulates that these traits increase his negotiating leverage, but they have unnerved U.S. allies.

The Trump administration’s Asia policy has been troubled by conflicting signals, including how willing Trump is to use military force to prevent Pyongyang from developing an intercontinental ballistic missile that could threaten the U.S. homeland.

Although Trump has criticized President Barack Obama’s “strategic patience” policy as weak and ineffectual, he has yet to distinguish his North Korea policy from his predecessor’s.

Trump’s policy of “maximum pressure” is anything but and, like Obama, he continues to pull U.S. punches by only incrementally sanctioning North Korea and refraining from imposing secondary sanctions on Chinese violators of U.S. law.

Moonshine: Illuminating or a Headache?

Moon has yet to define his approaches toward Washington and Pyongyang. He has described himself as “America’s friend” and the U.S. alliance as the “most important foundation for our diplomacy and national security.”

Yet Moon also advocates being able to “say no to the Americans,” strengthening his country’s independent defense capabilities, and regaining wartime operational control of South Korean military forces from the United States. Currently, control of the South Korean military will be turned over to the U.N. commander (always a U.S. general) when the two presidents decide a state of war exists.

Moon has repeatedly criticized Seoul and Washington for an overreliance on sanctions and pressure tactics and vowed for Seoul to take the lead on North Korean matters rather than taking a back seat to the U.S. and China. He advocates a return to the “sunshine” engagement policies of previous liberal presidents, which offered economic largesse with few conditions.

For example, Moon proposes reopening the Kaesong and Kumgangsan joint economic ventures with North Korea. Doing so, however, would be a violation of U.N. Security Council resolutions.

U.N. Resolution 2094 (paragraphs 11-15) requires U.N. member states to prevent financial services that could contribute to North Korea’s nuclear and missile programs. U.N. Resolution 2321 (paragraph 32) prohibits any financial support to Pyongyang unless it is specifically approved in advance by the U.N. 1718 Committee.

The administration distanced itself from adviser Moon’s remarks, but it remains unclear whether his faux pas was simply being too forthcoming about Seoul’s intentions.

Moon Jae-in originally opposed the THAAD deployment but he tacked to the center during the campaign to gain conservative voters.

After his inauguration, Moon claimed he wouldn’t overturn the alliance deployment decision but froze ongoing deployment to allow for an environmental impact assessment, which could take 1-2 years.

Doing so increases the risks from North Korean nuclear, chemical, and biological attack to South Korean citizens as well as the 28,500 American sons and daughters put in harm’s way to defend South Korea.

Moon sees economic engagement with North Korea as a means of bringing the North back to the negotiating table. But there is little utility to such negotiations as long as Pyongyang rejects their core premise—which is an abandonment of its nuclear weapons and programs.

During my meetings with North Korean officials in Sweden earlier this month, they made unambiguously clear that denuclearization was totally off the table and there was nothing either Washington or Seoul could offer that would induce Pyongyang to abandon its nuclear arsenal.

The regime’s actions show that it will not act any more benevolently to Moon than to his conservative predecessors.

In 2009, Pyongyang similarly disabused Obama of his view that the regime would behave differently than it had under President George W. Bush.

Trump and Moon will be on their best behavior during the summit to prevent appearances of strains in the alliance.

Both sides should make clear their unwavering support of the alliance and maintaining the international consensus on the need to punish Pyongyang for its repeated violations.

However, if Moon signals that he will return to the failed engagement policies of the past or hinder the THAAD deployment, it could cause significant strains in the bilateral relationship with Washington.