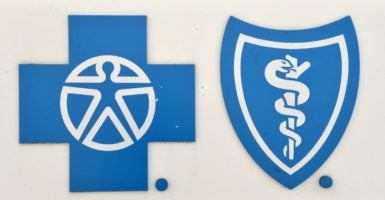 “The change affects approximately 103,000 Minnesotans who have purchased Blue Cross coverage on their own, through an agent or broker, or on MNsure,” said Blue Cross Blue Shield of Minnesota. (Photo: Uli Deck/dpa/picture-alliance/Newscom)

Blue Cross and Blue Shield of Minnesota members with individual and family insurance plans face major shifts in their policies  in the coming year, after the insurer decided to decrease its presence on its state-run Obamacare exchange

Minnesota’s largest health insurer is minimizing its individual plan offerings, so much so that all family and individual preferred provider organization, or PPO, plans no longer will be in effect after Dec. 31. Restricting its presence in the individual market solely to Blue Plus HMO.

“They are not exiting the individual market entirely,” Ed Haislmaier, a senior research fellow at The Heritage Foundation, told The Daily Signal, but simply shifting to narrow network plans that reimburse only for specific doctors and hospitals.

“Blue Plus will continue to offer Accountable Care Organization (ACO) plans for individuals and families,” Blue Cross and Blue Shield of Minnesota said in a statement provided to The Daily Signal. “These plans include partnerships with Minnesota’s health care systems to better manage patient care and currently serve approximately 13,000 members.”

Because the Blue Plus HMO plan restricts members to coverage solely at certain health care providers, issues could arise in rural communities where covered care is not offered in the immediate area.

Haislmaier said these transitions are “increasingly problematic” for rural residents on HMO plans under the Affordable Care Act, popularly known as Obamacare.

According to Blue Cross, group policies through employers and state programs will not be affected as “the change affects approximately 103,000 Minnesotans who have purchased Blue Cross coverage on their own, through an agent or broker, or on MNsure,” the state-run Obamacare exchange.

The individual market remains in transition and we look forward to working toward a more stable path with policy leaders here in Minnesota and at the national level. Shifts and changes in health plan participation and market segments have contributed to a volatile individual market, where costs and prices have been escalating at unprecedented levels. Based on current medical claim trends, Blue Cross is projecting a total loss of more than $500 million in the individual segment over three years.

Minnesota Gov. Mark Dayton, a Democrat, said in a statement:

Minnesota employers and public health insurance programs provide the vast majority of our citizens with quality, affordable health coverage. This creates a serious and unintended challenge for the individual market: The Minnesotans who seek coverage there tend to have greater, more expensive health care needs than the general population. Blue Cross Blue Shield’s decision to leave the individual market is symptomatic of conditions in the national health insurance marketplace.

But this change isn’t the first of its kind for the Blues.

Blue Cross Blue Shield of Texas, Arizona, and Illinois all made changes to their individual market plan offerings in the Obamacare exchange for 2016, converting their individual program to providing only new health maintenance organization, or HMO, plans.

The problem that insurers face is controlling claims costs under new ACA [Affordable Care Act] changes. One of the tools they are reaching for is to limit patient access to providers. While that might be an acceptable trade off for heavily subsidized patients, it’s not going to be viewed favorably by people who are buying these plans without the benefit of subsidies.

“It is likely to exacerbate the already significant unpopularity of the ACA among middle-class voters,” Haislmaier said.