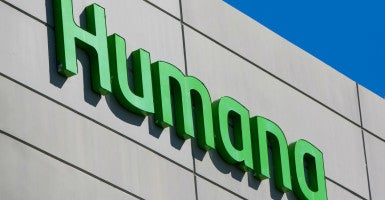 Humana announced it is considering exiting some of Obamacare's exchanges for 2017. (Photo: Kris Tripplaar/Sipa USA/Newscom)

Another major insurer announced it is considering leaving some of Obamacare’s exchanges after losing money and customers.

In financial reports released Monday, Humana said that it is likely to exit some exchanges in 2017 after reporting lower earnings and a drop in enrollment in its individual plans, including some sold under the Affordable Care Act.

Humana, like other insurers, is in the process of deciding whether it will sell coverage on Obamacare’s exchanges next year and what kinds of plans it will offer. The insurer warned that in addition to leaving some of the exchanges, it may also narrow its networks and adjust the prices of its premiums based on “anticipated levels of risk by state.”

If Humana does decide to exit some of the exchanges, it will become the second major insurer to do so. Last month, UnitedHealthcare, the nation’s largest insurer, said it is pulling out of the majority of the Obamacare exchanges it sold plans on.

Like Humana, UnitedHealthcare also lost money from its exchange coverage.

Through the end of March, Humana enrolled 875,700 consumers, the majority of whom purchased plans through Obamacare’s state-run and federal exchanges. That is 233,200 fewer customers than it enrolled through March 31 last year, a 21 percent decrease.

The company said the decline can be attributed to consumers—approximately 150,000—who had plans terminated because they lacked the proper documentation or didn’t pay their premiums.

Humana will report losses for 2016, too, according to its financial results.

In its financial report, Humana did not specify in which states it would pull out of the exchanges.

Humana’s announcement comes after UnitedHealthcare told investors last month it will no longer sell insurance on the majority of exchanges next year.

So far, the insurer has said it is pulling out of 26 of the 34 exchanges it sold coverage on last year.

UnitedHealthcare’s decision to exit the exchanges is likely to leave consumers with fewer choices on Obamacare’s exchanges, specifically for those living in the 26 states the company said it is leaving.

It’s unclear how Humana’s exit will further limit consumer choices, particularly since the state has yet to announce which states will be affected. However, health care policy experts already predicted that the company’s pending merger with Aetna, coupled with UnitedHealthcare’s exit from the exchanges, is likely to leave Obamacare customers with fewer choices.

“We will see what unfolds over the next few months,” Ed Haislmaier, a senior fellow in health policy at The Heritage Foundation said in an interview with The Daily Signal last week regarding other insurers’ participation in the exchanges. “I think there will be others dropping out, and then we’ll see how the mergers and acquisitions play out.”