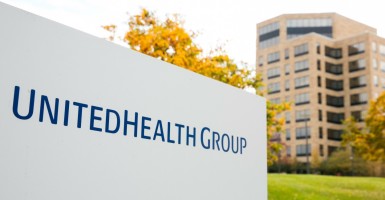 Health insurance giant UnitedHealth Group opted out of most Obamacare health exchanges on Tuesday after a review of its first-quarter earnings suggested the exchanges would be a risky investment.

According to The Washington Times, UnitedHealth Group CEO Stephen J. Hemsley said on a first-quarter earnings call, that the small-market size and “shorter-term, higher-risk” profile of Obamacare exchanges “suggest we cannot broadly serve it on an effective and sustained basis.”

“Next year we will remain in only a handful of states, and we will not carry financial exposure from exchanges into 2017,” he said, the Times reports. “We continue to remain an advocate for more stable and sustainable approaches to serving this market, and those who rely on it for care.”

The largest U.S. health carrier shocked health insurance circles in November 2015 when it first suggested the departure from the exchange market. UnitedHealth said in a press release, “The company is evaluating the viability of the insurance exchange product segment and will determine during the first half of 2016 what extent it can continue to serve the public exchange markets in 2017.”

UnitedHealth plans to withdraw from marketplaces in Michigan, Arkansas, Connecticut, and parts of Georgia, according to The Washington Post.

According to the Associated Press, UnitedHealth expanded to encompass 34 states in 2016.

“We can’t offer something for sale in this marketplace that we know every time it’s purchased we’re losing money,” Brad Wilson, CEO of Blue Cross Blue Shield of North Carolina, said during a meeting with North Carolina’s The News & Observer.

Ed Haislmaier, a senior research fellow at The Heritage Foundation’s Center for Health Policy Studies, told The Daily Signal that these departures should be no surprise.

In March, he reported that several different measures indicated declining insurer competition on the Affordable Care Act exchanges in 2016.

He added that financial feasibility posed one possible reason for leaving the health exchange market. As the Affordable Care Act’s $20 billion “reinsurance” subsidy for health insurance comes to an end, “more carriers will likely be taking a hard look at whether it remains financially feasible for them to continue offering exchange coverage,” he wrote.

Though insurers like UnitedHealth and Blue Cross Blue Shield sustained losses from the insurance exchanges, other providers are making a profit, Haislmaier reported in January.

Publicly traded, Medicaid managed-care insurers Molina and Centene both profited from exchange coverage, according to Haislmaier.

“The explanation appears to be that, unlike United, Molina and Centene anticipated that Obamacare’s subsidy structure and benefit mandates would produce an exchange market that looked more like Medicaid managed care, and designed and priced their plans accordingly,” Haislmaier wrote.

One way Molina and Centene adjusted to the exchange market was by discouraging expensive emergency room visits. According to Haislmaier, instead of charging enrollees $20 to $50 per emergency room visit, as United does, Molina charges a flat $100 per visit. Centene requires emergency room copays of $50 to $150, a difference that is “particularly important for steering low-income patients (who make up the majority of exchange enrollees) toward getting better and more consistent care at lower cost,” Haislmaier wrote.

“We have full confidence, based on data, that the Marketplaces will continue to thrive for years ahead,” he added.