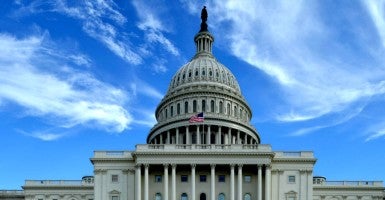 One of the largest and most significant civil forfeiture programs has just been suspended and possibly ended.

Last week, the Justice Department announced that it is temporarily suspending payouts under the federal “equitable sharing” program. That initiative encouraged state and local law enforcement agencies to bypass restrictive state forfeiture laws by allowing them to transfer seized property to federal authorities rather than comply with the strictures imposed on them by their legislators.

What Is Civil Forfeiture?

Civil forfeiture is a legal tool that empowers law enforcement authorities to seize cars, money, homes, and any other type of property that is suspected to have been derived from, or used to facilitate, criminal activity.

The program was ramped up by Congress in the 1980s to fight organized crime and drug gangs by targeting their ill-gotten gains. At the same time, federal law enforcement agencies were authorized to retain forfeiture proceeds to finance their operations and to disburse forfeiture funds to state and local law enforcement authorities that partnered with the federal government.

Under the “equitable sharing” program, a state or local agency can seize property under state law, transfer it to federal authorities for forfeiture under federal law, and then receive up to 80 percent of the proceeds.

This proved to be a tidy arrangement all around, enabling police departments and sheriffs to generate forfeiture revenue even if their state legislatures banned or otherwise restricted the practice. And since most forfeiture cases are never challenged owing to the high cost of hiring an attorney, the revenue they could expect to generate via equitable sharing is substantial.

The Financial Incentive for Police

Since its inception, the program has doled out billions of dollars to police departments and sheriffs’ offices. In 2013 alone, equitable sharing payments totaled an incredible $657 million.

Now, the financial aspects of equitable sharing are on hiatus after Congress “rescinded”—essentially, withdrew—more than $1.2 billion from the federal Assets Forfeiture Fund (AFF) as part of the 2015 Bipartisan Budget Act and the 2016 Consolidated Appropriations Act. The funds, previously reserved solely for law enforcement, will go to offset spending increases elsewhere in the federal budget.

As a result, to save the AFF from insolvency, the Justice Department issued a letter to all of its state, local, and tribal agency partners informing them that, effective immediately, equitable sharing payments are being deferred.

The announcement sparked outrage from law enforcement groups, including the International Association of Chiefs of Police, the National District Attorneys Association, and the National Sheriffs’ Association.

In letters to congressional leaders, Attorney General Loretta Lynch, and President Barack Obama, these groups denounced the development as detrimental to public safety and demanded that “the decision to suspend the equitable sharing program be immediately reconsidered.”

Yet property transfers are not suspended. While Congress’ (somewhat ironic) seizure of funds from the AFF has prompted the Justice Department to stop processing payments to state and local agencies, such agencies can still seize property and transfer it to federal authorities. The only difference between last week and this week is that these agencies are no longer being financially encouraged to circumvent state law.

It has long been suspected that many law enforcement agencies treat forfeiture as more of a revenue-generator than a legitimate law enforcement tool. Since 2008, some 298 police and sheriffs’ departments and 210 task forces have generated the equivalent of 20 percent or more of their budgets via civil forfeiture.

A Necessary Source of Revenue?

In 2001, a survey of 1,400 police executives revealed that nearly 40 percent of respondents considered asset forfeiture to be a necessary source of revenue.

In short, law enforcement agencies have grown dependent on civil forfeiture revenues, with the inevitable result being that agencies end up seizing property from property owners who are wholly innocent.

The long, and growing, list of abusive property seizures is a testament to the real cost that civil asset forfeiture imposes on ordinary Americans who happened to be in the wrong place at the wrong time and happened to be carrying cash or other valuable items.

There is another pernicious side to civil forfeiture: In many states and at the federal level, forfeiture funds are reserved solely for use by law enforcement authorities who spend this money as they see fit, often with little or no oversight, accountability, or transparency.

That only makes it easier for agencies to hide dubious forfeitures, or to conceal the highly questionable purchases some agencies have made with their forfeiture funds, such as a $90,000 Dodge Viper or, outrageously, drugs and prostitutes.

Clearly, reforms are needed. In our report on forfeiture, Arresting Your Property, the Meese Center has outlined nine commonsense reforms Congress and state governments should pursue to rebalance a forfeiture regime that is skewed against innocent property owners in every meaningful way.

One critical reform is to sever the link between policing and profit by barring agencies from directly benefiting from the property seizures they execute. It is tempting, then, to label the suspension of equitable sharing payments as a step toward ending forfeiture’s perverse financial incentives.

However, by simply draining the Assets Forfeiture Fund rather than permanently ending law enforcement agencies’ ability to retain forfeiture proceeds, Congress’ budget actions may have created a brand new perverse incentive: to seize even more property than before to ensure that payments continue even if future Congresses come back for more money.

It is time for Congress and the states to get serious about civil forfeiture reform. Budgetary maneuvers and half-measures will not stop abusive forfeitures. Only top-to-bottom procedural reforms at both the state and federal level and a permanent end to forfeiture’s perverse financial incentives can accomplish that. Perhaps 2016 will finally be forfeiture reform’s big year.