The Surprising Power of a Gift of ‘No’ 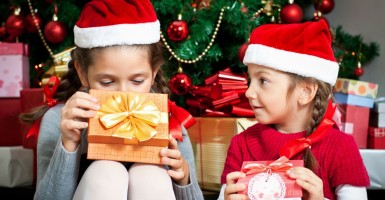 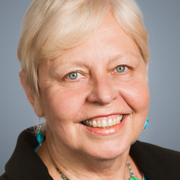 As ads for holiday gifts proliferate on the Internet, the airways, and newspapers, the saga of one surprising present—the gift of “no”—captivated participants at The Heritage Foundation’s 2015 Antipoverty Forum.

The tale was told by the gift’s donor, Patrick McGee, the prison initiatives manager of the Prison Entrepreneurship Program (PEP).

The Prison Entrepreneurship Program is a nonprofit organization that links the nation’s top executives, entrepreneurs and MBA students with convicted felons, providing an entrepreneurship “boot camp” and re-entry programs to prevent recidivism and maximize self sufficiency and transform broken lives.

From personal experience and from his service to incarcerated men, McGee is a firm believer in self-determination, having witnessed the power an entrepreneurial venture can have in providing a threshold to becoming a productive, contributing member of society, even for those whose personal history dims prospects for employment.

So, when one of McGee’s nephew in his early teens asked if he would buy him a pair of athletic shoes, McGee declined the role of the generous uncle. He said, “No.” But he did give his nephew $15, and suggested that he make the most of it.

And his nephew did. He used the money to buy a squeegee and parlayed his token donation into a window-washing service.

But McGee was even more inspired to see what happened next.

The teen noticed that many of the homes that he visited in his neighborhood needed address markings on their front curbs. In response, he invested a portion of his earnings in stencils and spray paint and broadened his business to include that new service. In time, he had earned enough money to purchase a lawnmower, and soon his lawn-care service expanded to the point where he hired additional youths from his community to take on a portion of his growing list of clients.

McGee reported that his nephew is now finally old enough to get his driver’s permit and that he is very excited about getting his license—not as most teens are, with visions of cruising the streets with friends, but with a plan to purchase a truck to take his growing enterprise on the road. McGee summed up his story with a wink and a declaration: “That is a pretty good return on the gift of a No and $15!”

Had McGee chosen to purchase those athletic shoes, they may well have been replaced and discarded by now.

In contrast, his small contribution came with a lesson that will serve his nephew for a lifetime.