Tunisia Is Now a Hot Spot for ISIS Recruitment. How the US Could Help Change That. 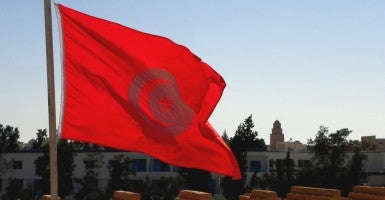 William B. Taylor is executive vice president of the U.S. Institute of Peace.

In Tunisia, the one nation progressing in the struggle to build a democracy from the Arab Spring revolutions, the governing party of President Beji Caid Essebsi has fractured. On Sunday, more than a third of the legislators from the Nidaa Tounes party resigned their membership, in a leadership dispute that the dissidents say is largely about nepotism and corruption. The schism increases political uncertainties for Essebsi’s government.

This dispute underscores the need for the United States to revitalize its engagement with Tunisia, where a stable, free-market democracy is central to U.S. interests in North Africa and the Middle East. Five years after a despairing Tunisian street vendor, Mohammed Bouazizi, set himself on fire and ignited the Arab Spring, Tunisia’s progress toward that democracy has been impressive, but its success is not assured.

Tunisia’s ability to consolidate its democratization is threatened by the same hope-crushing economic stagnation that fueled the 2011 overthrow of its authoritarian regime. Nationwide unemployment hangs stubbornly above 15 percent. The rates of inactive youths—those out of school or work—run dangerously high, from 23 percent in the cities to 48 percent in the poorer south and west. It is no accident that figures from various governments show the Islamic State recruiting more people from Tunisia—nearly 3,000 as of last year—for its war in Syria than from any other country.

To revive its economy and undercut the Islamic State’s appeal, Tunisia needs timely external support and internal steel to carry out decisive economic reforms, leading with a cleanup of corruption. A refocused and energized U.S. role should dramatically increase economic help and support (including pressure) for those reforms.

An opportunity for that role arises Friday, as Secretary of State John F. Kerry leads a delegation in Tunis for the second annual session of the U.S.-Tunisia Strategic Dialogue. Last year’s inauguration of that dialogue and this year’s dispatch of Kerry rightly offer serious signals of U.S. intent to support Tunisia. Washington should now follow through.

U.S. officials should deliver a blunt message that Tunisia must dismantle the deep system of corruption that it built over the past decades. A World Bank report last year underscored how massive sectors of Tunisia’s economy have been walled off by regulations and private deals that created lucrative monopolies for political elites, notably the “family” of cronies around former president Zine el-Abidine Ben Ali.

This closed system of economic privilege deepened the desperation of the millions of Tunisians who revolted in 2011. Having largely ignored that corruption while enjoying Ben Ali’s support as an ally, the United States now should muster international backing for Tunisia’s shift to a more open economy that can benefit all of its citizens. This should include help from the World Bank and other multilateral institutions to reduce the social costs of the transition for the poorest Tunisians.

The United States should commit to building with Tunisia a new partnership to accomplish the structural reforms the country’s economy needs. Such a partnership would be strengthened if the Senate were to join the House of Representatives in voting to fully fund the Obama administration’s request for $134 million in overall assistance to Tunisia in 2016. That figure is roughly double the level of recent years. The administration should also start negotiations with Tunisia on a free trade agreement, an economic boost that Tunisia has sought for years. A real hope for a trade accord would increase Tunisia’s incentive for reform. And because such negotiations would surely extend beyond the term of this administration, that incentive would be amplified by a “sense of the Congress” resolution declaring bipartisan support for a free-trade deal.

With Syria and Iraq burning (not to mention Libya and Yemen), why should the United States pay such attention to the smaller and quieter Tunisia? Because Tunisia has shown that it has the essentials for reform—and because its successful transition to democracy and an open economy would offer a powerful model for the entire Arab world.

As is underscored by last month’s award of the Nobel Peace Prize to Tunisian mediators, the country’s grassroots and its leaders have shown the fortitude—and the skills of political compromise—to transform from an authoritarian kleptocracy to a truly free-market democracy.

Tunisia has progressed under enormous strains. Terrorist attacks on government security forces and tourist sites have crimped tourism, an economic pillar. Tunisians are struggling over how to respond, maintaining security while preserving the democratic freedoms for which their revolutionaries fought. All the while, the nation’s 11 million people are hosting more than 1 million refugees from the implosion of Libya next door.

Tunisia is a strategic partner in a region where stable, democratic allies are rare and critically needed. In Washington, both the administration and Congress should act now to support Tunisia’s transition and its bottom-up pursuit of democracy and economic freedom.