21 Million Were Supposed to Be Enrolled in Obamacare in 2016. What the Actual Number Is Likely to Be. 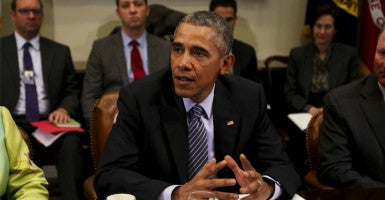 Nearly two years into its implementation, the Obama administration is projecting 10 million fewer Obamacare enrollees in 2016 than were originally expected.

“Early projections for marketplace sign-ups envisioned a significant migration from employer-sponsored coverage,” Sylvia Mathews Burwell, secretary of the Department of Health and Human Services, told reporters last week. “That shift has not occurred.”

Burwell also told reporters that those who are uninsured are still concerned about whether they will be able to afford plans available on the exchanges.

Americans who do not purchase insurance in 2016 will have to pay a fine of either 2.5 percent of their household income or $695 per person.