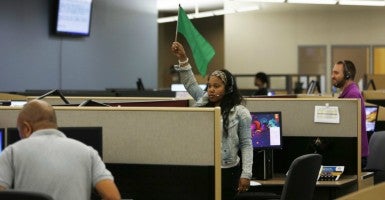 Fresh on the heels of The Daily Signal’s two-part investigation into Covered California, the Columbia Journalism Review launched its own probe asking why more news outlets haven’t taken a critical look at the largest Obamacare state exchange.

[P]ress coverage has largely followed the lead set by the [Covered California] exchange. The result is coverage that has too often been reactive, short on enterprise, and with missed opportunities to ask some necessary questions. Covered California may ultimately have a success story to tell—but it will need to face some sharper skepticism before we can be sure.

Many in the news media have simply reported information from Covered California’s own press releases. They’ve paid little attention to trouble facts such as Covered California’s enrollment: It increased only one percentage point this year and has stalled at 40 percent of potential enrollees.

The Daily Signal’s investigation in April detailed inside allegations of incompetence, mismanagement and secrecy at Covered California.

Current and past Covered California managers told the Daily Signal that agency officials engaged in cover ups of contractor waste, fraud and abuse (which the agency denied). They also spoke of a “secretive and dysfunctional” culture with little regard for taxpayer dollars.

After a launch-day meltdown similar to the disastrous beginning of the federal HealthCare.gov site, California ended up asking the federal government for an extra $155 million in tax money.

That put the cost of Covered California at more than $1.06 billion federal tax dollars.