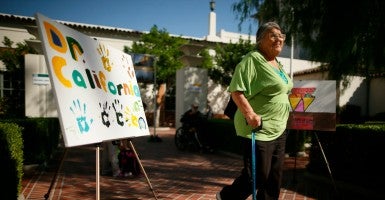 Aiden Hill’s introduction to the secretive culture at Covered California came in his first days on the job. He had just been hired to head up the agency’s $120 million call center effort when he emailed a superior April 18, 2013, and got a text message in reply:

Please refrain from writing a lot of draft contract language in government email … And don’t clarify via email … No email.

Later, concerned about contractor performance, Hill conducted an Internet search for “best practices” information to forward a superior. Afterward he got this text:

Hill saw the text messages as a deliberate effort to avoid a paper trail subject to public disclosure. And he says some higher-ups grew increasingly upset by his efforts to flag alleged incompetence and waste.

“They stuck their head in the sand and pretended the contractors could fix things by the launch date, which they couldn’t and didn’t,” says a former Covered California call center manager who worked under Hill and asked not to be named to protect his status at a different state job. “It was always say that everything was fine and we’re going to make it through the process.”

The officials allege it was conflicts of interest that led some executives to tolerate “egregious taxpayer waste.”

“None of us wants to see … pockets lined of contractors that didn’t do what they were supposed to do but got paid every dime,” says a third Covered California official who still works at the agency.

An Associated Press report in 2013 found that millions in no-bid Covered California contracts went to firms with professional ties to agency Executive Director Peter Lee. At the time, a spokesman told AP that Covered California “was under pressure to move fast” to meet tight federal deadlines and “needed specialized skills.” Covered California would not answer our questions about potential conflicts of interest.

AP also found Covered California uniquely positioned to keep its spending details secret—“the most restrictive” among the 16 state exchanges with “authority to conceal spending on contractors performing most of its functions … potentially shielding the public from seeing how hundreds of millions of dollars are spent.” After Hill escalated his concerns about contractors, Covered California abruptly terminated his contract in August 2013. He left determined to expose the dysfunction, and did so during an unusual presentation at a public board meeting.

“I’m here to tell the board and the public that Covered California executives have been engaging in a cover up,” declared Hill at the Feb. 20, 2014, meeting, speaking from the audience during a question-and-answer period. “They knew back in August of 2013 that there were serious readiness issues with Covered California. … When I and others persisted in challenging these contractor performance issues, our own contracts were prematurely terminated and we were threatened with legal action if we spoke out.”

After that public display, Covered California hired a law firm to conduct an independent investigation into allegations that management “engaged in a cover-up” and “knowingly allowed two contractors to engage in waste, fraud and abuse.”

The firm conducted 45 interviews with 25 witnesses. Last December, Covered California notified Hill that the independent probe concluded “the evidence did not support” any of his claims.

Hill calls the inquiry a sham and says investigators failed to interview key witnesses he suggested. Covered California declined to answer our questions on this topic, or any other.

Kevin Knauss is a certified Covered California insurance agent and Affordable Care Act supporter. In spring of 2013, he says he was “jazzed” about the promise of Obamacare and began blogging “happy stuff.”

Since then, he has seen many success stories. One is a San Francisco graduate student with AIDS who had trouble getting insured until Obamacare. In December 2013, he not only was able to get a policy on the Covered California exchange, but he also got a tax dollar subsidy to help buy it. The very first week the policy took effect, he ended up with a two-week emergency hospital stay. “He still had to pay the deductible, but he would have ended up owing a lot more money without insurance,” says Knauss. “And San Francisco General Hospital got paid.”

But Knauss has also seen a flip side. He’s been shocked by the amount of time he’s spent helping weary Covered California consumers.

“Early on, it wasn’t unusual to spend four hours during the day on hold with Covered California just trying to resolve minor issues,” he says.

“I’ve got one family … their Covered California account shows three different effective dates.” In another case, “I found out a woman’s plan had been terminated, but they couldn’t tell me why.”

Knauss’ once-cheerful blog has turned into a consumer chronicle of Covered California’s tribulations. He says the agency is masking its shortfalls because it is, in essence, a sales organization.

“I know their enrollment numbers aren’t right. They’re marketing themselves [to] generate fees.”

To some degree, state health insurance exchanges are forced to market themselves. After starting up using over a billion federal tax dollars, the law requires them to be self-supporting this year. To do so, Covered California collects commissions.

The agency wouldn’t answer questions on this topic, but previously indicated it planned to charge a 3 percent fee on premiums in 2014 and later hoped to reduce that to 2 percent. Because too few people enrolled, published reports say Covered California could not reduce its 2015 fee, and maintained it at $13.95 per person each month.

“I didn’t think it would turn into as much of a marketing machine and corporate entity. I thought there would be more transparency,” says Knauss.

Marketing Covered California can be tricky considering formidable obstacles still dragging it down.

Design flaws involving the $454 million computer system are responsible for giant backlogs, misinformation and poor interface with California’s version of Medicaid coverage for the poor.

Computer glitches forced a delay in adult family dental plans and caused a confounding flurry of mail. One family reportedly received 18 notices in one day; 14 said they were covered and four said they were not. Consumer advocates found a customer who got 40 notices in less than a month. And when tax season rolled around, 100,000 customers got inaccurate tax forms—or none at all. That mirrored similar problems at HealthCare.gov, which sent 800,000 incorrect tax statements.

Covered California wouldn’t answer our questions about various computer snafus. A spokesman previously told reporters, “We are dealing with a multitude of information that is going back and forth. … There can be discrepancies between what’s on our record and what is on the health plans’ records.”

We asked Covered California to describe its accomplished goals, but the agency declined to do so. In a recent press release, the agency said that 800,000 households received federal subsidies last year to make health care more affordable. Subsidies averaged $436 per month.

“The assistance provided through the Affordable Care Act helped bring health coverage within reach for more than a million people, and it changed lives across the state,” Executive Director Lee said in a statement.

There’s little doubt that Covered California has improved circumstances for many formerly uninsured, like the graduate student with AIDS. But few predicted that would come at the expense of so many others now paying more for fewer choices and less coverage.

“While my coverage went down [due to Obamacare], my premium went up—by 71 percent,” he says. “So much for competition.” Nonetheless, current and former Covered California officials we spoke to who criticize the agency’s conduct still endorse the idea of the Affordable Care Act.

“I am a supporter of Obamacare, before and now,” says one official. “I would rather see it in place, even though crippled, as it is a start.”

“I think it’s too big,” says insurance agent Knauss. “Health care reform is not addressing doctors and hospitals and the games they play. And health insurance companies are 10 steps ahead of anything the government is doing … Maybe we just can’t do this.”

>>> This is the second of two parts in The Daily Signal’s series, “Uncovering Covered California.” Yesterday, in part one, several senior-level officials integral to the launch of Covered California spoke about what they view as gross incompetence and mismanagement.