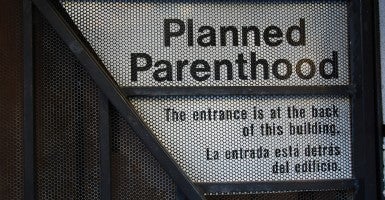 A California state regulatory agency has issued a health care directive requiring health insurers to cover the costs of elective abortions, according to the Associated Press.

This move follows a controversial decision by two Catholic universities who dropped coverage of elective abortions.

Last fall, Santa Clara University and Loyola Marymount University notified their employees that abortion services would no longer be covered under the universities’ health care plans. Employees instead could pay for such procedures through supplemental coverage, provided by a third party.

But opponents of the universities’ decision claimed that because both institutions receive public funds and employ people of different faiths the state should clarify and enforce coverage of basic health care services.

In her letter, Department of Managed Health Care director Michelle Rouillard told the insurers that the state had “erroneously approved” language in the universities’ plan that excluded abortion services. She clarified that insurers must comply with California law and respect the coverage of legal abortions.

“Every pregnant woman has the fundamental right to choose to either bear a child or to have a legal abortion,” wrote Rouillard. “All health plans must treat maternity services and legal abortion neutrally.”

Sarah Torre, a policy analyst at The Heritage Foundation, disagrees with DMHC’s decision, claiming that it assaults the Californians’ conscience rights.

“This new policy will effectively force almost all health insurance plans in the state to cover elective abortions,” said Torre. “All employers – particularly faith-based organizations like Catholic universities – should be free to choose health care plans that align with their values.”

Maggie Crosby, senior staff attorney at the ALCU of Northern California, applauded the departments decision in a press release.

“The immediate effect of the agency’s guidance is to restore insurance benefits for the staff and faculty,” said Crosby. “Childbearing is a personal decision, abortion is a basic health care, and control of reproduction is critical to women’s autonomy.”

Representatives from both universities had told the San Jose Mercury News that they are conferring with their insurers to make sure they are compliant with state and federal law.