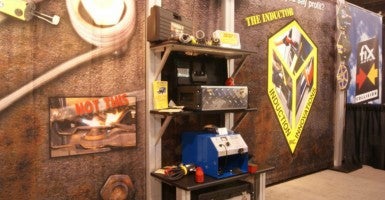 For Induction Innovations of Elgin, Ill., the services provided by the Export-Import Bank seemed perfect for a small business. But after purchasing an insurance policy to protect its exports, the company of just 29 employees found itself left with a “bitter taste” from the bank after an overseas buyer failed to pay.

“It was not good,” Mig Moorhatch, Induction Innovations’ office manager, told The Daily Signal in an interview. “When we needed [the bank] to stand behind us, it didn’t.”

Induction Innovations sells induction heating tools and equipment to automotive professionals. The company first heard of the Export-Import Bank’s services at a business roundtable, where a broker explained to those in attendance how the agency could help businesses expand into overseas markets and increase sales.

The company’s management was skeptical at first. But, an agent working with Induction Innovations reassured them Ex-Im would be a boon to their business. It was, after all, part of the U.S. government, and the insurance policy the company was looking at purchasing through Ex-Im would help them move into new markets.

“It’s hard enough dealing with international businesses,” Moorhatch said. “We thought that because it was a government service the government would help.”

Looking back, she continued, it was “too good to be true.”

In 2013, the company took out a $450,000 Express Insurance policy through Ex-Im. The policy extended to several different international buyers approved by the bank in multiple countries, according to the Ex-Im’s records. Each time a shipment went out, Moorhatch went online and paid the premium.

On August 6, 2013, Moorhatch submitted an invoice for $38,000 worth of products Induction Innovations had shipped to a buyer in the Netherlands to Ex-Im. She did not disclose the customer’s identify to The Daily Signal.

According to the agency’s information on Express Insurance policies, Ex-Im covers 95 percent of losses “due to insolvency, bankruptcy and default,” and Moorhatch filed a claim with the bank in hopes of recouping their losses.

However, Ex-Im repeatedly denied it.

The issue, a bank representative eventually told Moorhatch, stemmed from a complaint the customer made to Ex-Im regarding the company on a previous shipment.

Induction Innovations’ policy, she said, contained a loophole: If the customer had an issue with the U.S. company, Ex-Im could deny the claim.

“I never had such a bitter taste in my mouth as I did with them,” Moorhatch said. “It was just kind of weird. It’s like [the bank] was hoping we never had to submit a claim. I was hoping not to either, but you never know.”

Induction Innovations fought with Ex-Im, hoping it would help their small business get the money they were owed. However, it was to no avail.

“It’s very sad to find out that’s how it worked, and, if there is any type of issue, that you don’t receive any help from Ex-Im at all,” she said.

“It’s very sad to find out that’s how it worked, and, if there is any type of issue, that you don’t receive any help from Ex-Im at all,” said Mig Moorhatch of Induction Innovations.

Today, Moorhatch says Induction Innovations will never use the bank’s services again and feels it placed more of an emphasis on the foreign buyers than on the U.S. companies Ex-Im said it helps.

The bank did not return The Daily Signal’s requests for comment.

>>> Commentary: Favoritism for a Few Politically Connected Cronies: The Problems With Ex-Im Bank

However, small businesses receive less than 20 percent of Ex-Im’s subsidies in dollars, studies from The Heritage Foundation and the Mercatus Center at George Mason University found.

The bank’s charter expires June 30, and policymakers on Capitol Hill are debating whether to reauthorize Ex-Im.

Rep. Jim Jordan, R-Ohio, a member of the House Oversight and Government Reform Committee, is one of the lawmakers leading the charge against Ex-Im’s reauthorization. He pointed to Induction Innovations’ experience with Ex-Im as one of the reasons its charter should expire.

“Almost weekly we learn something new about the Export-Import Bank that further indicates we should let its charter expire,” he said in a statement to The Daily Signal. “The bank is to corporate welfare what the ‘bridge to nowhere’ was to earmarks. Congress rightfully ended earmarks, and should similarly allow the Ex-Im Bank to naturally wind down.”