How India Can Unleash Its Economic Potential 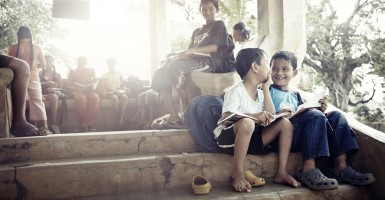 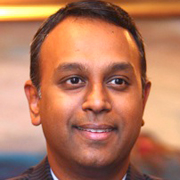 Joel Anand Samy is a senior adviser for strategic outreach at The Heritage Foundation and co-founder of the International Leaders Summit.

“The hope for India lies not in the exceptional Tatas or similar giants, but precisely in the hole-in-the-wall firms, in the small- and medium-size enterprises, in Ludhiana, not Jamshedpur; in the millions of small entrepreneurs who line the streets of every city with their sometimes minuscule shops and workshops. If the tendencies so evident in Ludhiana could be given full rein, and not hampered and hindered in every direction by governmental interference and control, India could achieve a rate of growth that would exceed today’s fondest hopes.” — Milton Friedman, Nobel Laureate in Economics (1912-2006)

Growth and prosperity flourishes in an economic environment that encourages and rewards entrepreneurship and innovation. The favorable ground conditions for prosperity include low taxes, sound money, and sensible regulatory policies. Investment capital and entrepreneurial talent flow to nations where these conditions prevail. Advance freer trade and the rule of law, and prosperity will blossom.

Since 1995, the Index of Economic Freedom has measured how well each of the world’s economies has succeeded in creating an environment conducive to growth and prosperity. Using 10 quantitative and qualitative factors, and grouped into four broad categories (rule of law, limited government, regulatory efficiency and open markets), the Index gauges the realities of economic life in more than 180 economies.

Published annually by The Heritage Foundation and The Wall Street Journal, the Index helps policymakers, educators and business leaders assess how much a nation has progressed toward economic freedom.

Economic freedom creates a virtuous cycle of entrepreneurship and innovation

Over the past two decades, the Index has empirically shown that economic freedom, as defined by these criteria, creates a virtuous cycle of entrepreneurship, innovation, and sustained economic growth. An economically free environment allows people to use their abilities and try innovative ideas which result in new entrepreneurial activities. With more opportunities and the prospect of greater returns, people are more willing to take risks, invest and work.

The findings of the Index are plain to see. Economic freedom is indispensable to lasting prosperity, empowering people with more opportunities. There is a stunningly high correlation between economic freedom and prosperity. Average per capita income in countries ranked “free” is more than double that found in “moderately free” countries and more than ten times that attained in “mostly unfree” and “repressed” economies.

However, the Index illustrates, more importantly, economies must commit to policies that enhance economic freedom if they are to achieve sustained growth and lasting prosperity. Countries that merely tinker with such policies, then quickly abandon them, often find their gains wilting away. The role of government is not to create and distribute wealth. Government best serves its people by clearing away policy obstacles that hamper their efforts to create their own wealth.

India’s economic future is no exception. In 1991, India began market-oriented reforms with individual Indian states now ploughing ahead as laboratories of market liberalization. The result:  a growing middle class of over 300 million people — more than the entire population of the United States.

A bold sense of entrepreneurship has indisputably played a key role in India’s tremendous economic success over the last decade. It has made the country a top global innovator for high-tech products and services. India’s stock of scientists and engineers engaged in R&D is among the largest in the world.

Yet, India can do much better. According to the 2014 Index, India’s economy is the 120th freest. Ranked 25th out of 41 countries in the Asia-Pacific region, India’s overall score is below the regional and world averages.

Its potential economic vitality is sapped by a burdensome bureaucracy, corruption, labor market rigidities, and regulatory controls. As a result, India’s economy decelerated to a growth of 5%. Lacking more diverse opportunities, nearly two-thirds of Indians remain tied to the land, earning their living in agriculture. 90 percent of the workforce toils in the informal sector.

In keeping with its rising global economic presence, India should pursue further structural reforms to boost its long-term competitiveness. Globalization is a fact of modern life. It requires that challenges be addressed differently.

Embracing principled solutions will lift millions of individuals out of poverty. India has tremendous global potential, starting with its huge, young, innovative, educated and English-speaking workforce.

India’s new government was elected in May 2014 on reform promises. On August 15, 2014, in his maiden speech on India’s Independence Day from the ramparts of Red Fort, Prime Minister Narendra Modi called for disbanding India’s planning commission — a vestige of the Soviet-era centralized planning model. In October 2014, the government announced privatization of the state-controlled coal industry and selling a stake in a state-run oil entity.

India’s government is seeking foreign direct investment in infrastructure projects, requiring $1 trillion in the next five years. It is opening up its railroads to 100% of foreign investments.

Entrepreneurs, business executives and the aspirational 150 million Indians belonging to the Millennial category (born between 1980-2000) have signaled an ambitious population’s quest for opportunities, growth and prosperity.

Advancing transparency, strengthening the rule of law and protection of property rights will attract new investments into the nation’s key growth sectors.

India’s urgent need for major infrastructural investments will have to be met through foreign direct investment and increased government spending. To improve its business environment, attract foreign investments, and increase its economic growth, India will have to reduce its high corporate rate of 32% (and 30% for domestic companies). By implementing a low flat tax rate, India would be able to accomplish both — higher economic growth and increase its tax revenues. This would further increase India’s competitiveness in the region and globally. The additional benefits of implementing the single rate which cancels all the tax loopholes, are its simplicity, elimination of red tape and embedded corruption-safe mechanism.

The implementation of the successful low flat tax rates embraced by some 300 million Eastern Europeans has created incentives for working, saving and investing. The flat tax dramatically reduced the informal sector and showed equal or higher tax revenue in every country after its first year of implementation.

By moving to unleash India’s entrepreneurial and innovative force, the nation should and will make giant strides along the path to lasting prosperity.

Originally appeared in the American Bazaar.