What Americans Really Think About Relationships, Cohabitation and Marriage 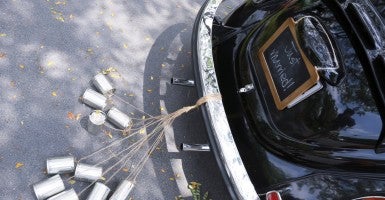 What do Americans think about marriage and relationships? And do these attitudes line up with what research shows is best for relationships?

A new, nationally representative survey of Americans ages 18-60 by the Austin Institute for the Study of Family and Culture helps answer this question.

What Americans Say about Cohabitation

The Austin Institute survey revealed that 44 percent of Americans believe it is a good idea for couples to live together before marriage, with another 30 percent remaining neutral on the matter. Only 25 percent disagreed that cohabitation is a good idea.

What the Research Says

Researchers find time and again that cohabitation is on average connected to increased risk of divorce. The connection between cohabitation and poorer relationship quality is likely partly due to selection: those who cohabit are those who would be more prone to divorce anyway.

But research also suggests that cohabitation itself appears to contribute to lower marital quality. Part of the reason is that cohabiting couples may be more likely to “slide” into marriage since they are already living together, even when the relationship isn’t necessarily the most suitable for marriage.

What Americans Say about Sexual Relationships

Respondents reported an average of between 4 and 6 lifetime sexual partners.

The number of sexual partners a person has matters when it comes to marital happiness down the road. Men and women who only have sex with the person they marry report higher marital quality. Furthermore, the timing of sex in a relationship makes a difference: couples who wait until they are married to have sex also report better marital quality.

What Americans Say About Marriage

The survey results coincided with what other research finds: a majority of young Americans say getting married is important to them. Additionally, marriage is connected with better outcomes for adults, children and society. Married individuals are, on average, happier, healthier and wealthier, and children do best when raised by their married mother and father.

Yet, there has been a significant decline in marriage rates. What’s more, there is a growing marriage divide today: marriage seems to be turning into an elite institution with marriage becoming less common in lower-income and working-class communities. This is alarming considering marriage provides economic stability and promotes social mobility. As marriage rates have declined, unwed childbearing has increased, putting children at greater risk for poverty and other negative outcomes.

Helping people better understand what will give them the greatest likelihood of achieving a healthy and stable marriage is much needed, particularly in communities where marriage has declined most. There are some efforts taking place–such as First Things First in Chattanooga, Tennessee that provides marriage education, or the Love & Fidelity Network that seeks to help college students counteract the hookup culture–but more effort is needed at every level to help restore a culture of marriage.