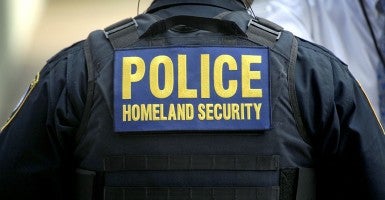 More than 6,000 foreign nationals in the United States on student visas have vanished after overstaying their time here, raising alarm at the Department of Homeland Security. The federal agency is now working to find them after losing track of their whereabouts.

Officials at the federal agency told ABC News there are more than 58,000 students who overstayed their visas over the past year. Approximately 6,000 of those foreign nationals were referred to Immigration and Customs Enforcement agents for “follow-up,” as they’re of “heightened concern.”

“My greatest concern is that they could be doing anything,” Peter Edge, deputy associate director for Homeland Security Investigations, told ABC News. “Some of them could be here to do us harm.”

“Some of them could be here to do us harm,” says one official of foreign nationals who overstayed visas.

Following the Sept. 11, 2001, terror attacks, the 9/11 Commission recommended Homeland Security impose tighter controls on the student visa program. The group determined Hani Hanjour, the hijacker who flew American Airlines Flight 77 into the Pentagon, was in the country on a student visa. Hanjour, however, never showed up for school.

Despite the commission’s recommendation 10 years ago, Edge said “we really have a lot more work to do” to fulfill it. ICE agents, he continued, are working to locate the 6,000 students.

Since the 9/11 terror attacks, 26 foreign nationals in the United States on student visas have been arrested on terrorism-related charges.

Homeland Security has lost track of 6,000 foreign nationals who overstayed their student visas.

James Carafano, a leading authority on national security at The Heritage Foundation, told The Daily Signal that Homeland Security’s failure to keep track of foreign nationals in the country on student visas is “disheartening.” He added:

“The U.S. government made a major investment post-9/11 in updating the system to track student visas and crack down on fraud, overstays, we well as improve customer service and the effectiveness of the system. These kinds of results are disheartening. Why did the taxpayers shell out money to fix a system and then do nothing to enforce the system?”

More than 9,000 schools are on a government-approved list to accept foreign applicants on student visas. The list includes Ivy League colleges like Harvard and Yale, but also trade schools that teach horseshoeing, acupuncture and hair braiding. Some lack accreditation and state certification.

“We know we have a lot of non-accredited universities that are using this system to bring people in, collect money and not educate them at all,” Sen. Tom Coburn, R-Okla., told ABC News. “To me, it’s a mess.”

Coburn, along with Sens. Chuck Grassley, R-Iowa, and Charles Schumer, D-N.Y., is pushing for reforms to the student visa system.

>>> There is a ‘Real Threat’ That Islamic State Fighters Could Enter U.S.

”To me, it’s a mess,” says Sen. @TomCoburn of the student visa program.

Another initiative—launched and implemented at one airport—alerts customs inspectors if a student whose status has been flagged by a school official is trying to re-enter the United States.

Since 2003, the number of foreign nationals who received visas to study in the United States has grown from more than 662,000 to 1.2 million, congressional investigators found.

“Our work has only begun,” Edge said. “We have a lot more work to do in this space.”