Biden’s Bid to Expand Obamacare Via IRS Is Illegal 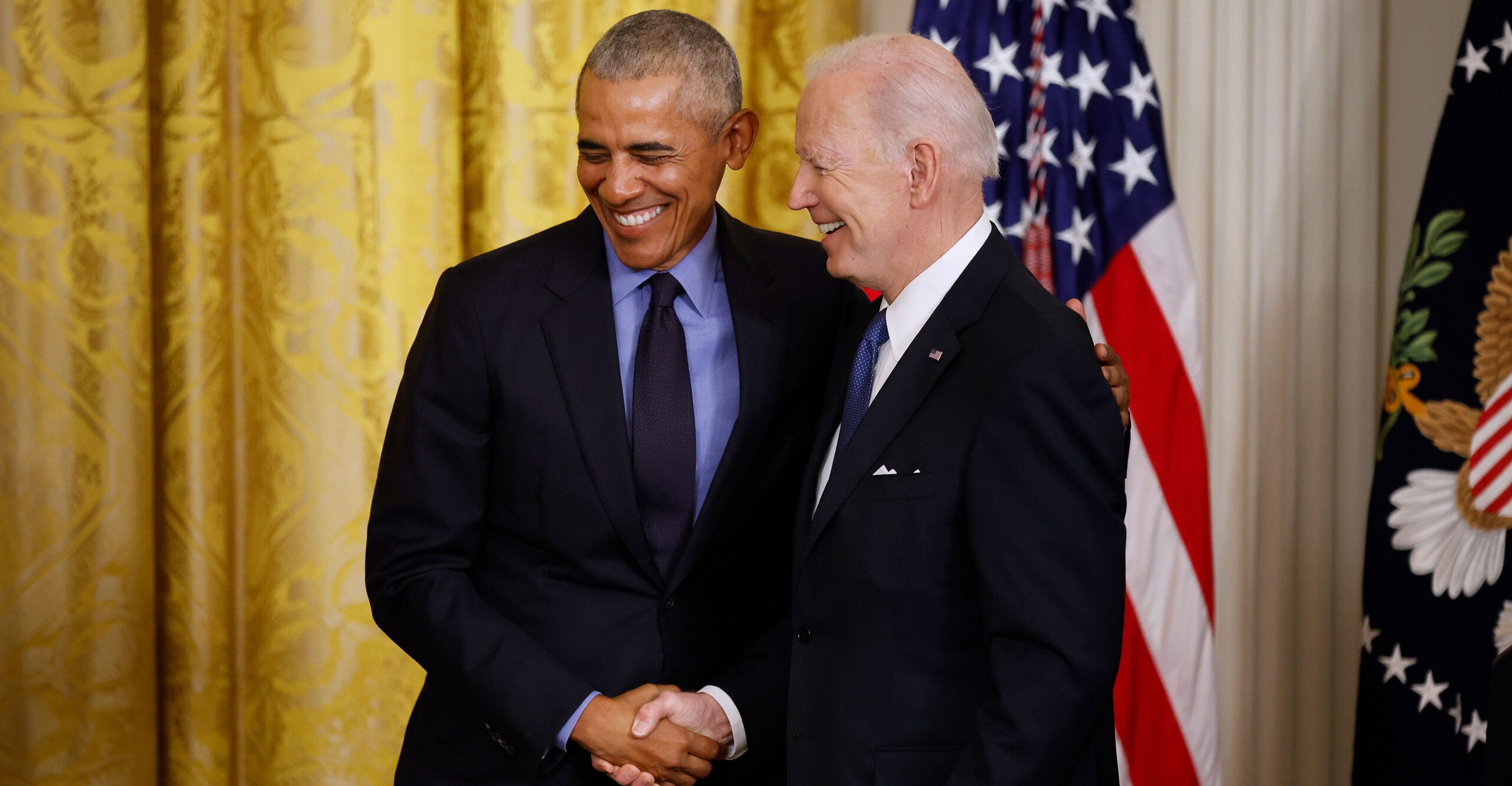 At the White House on April 5, former President Barack Obama and President Joe Biden recall the 2010 passage of the Affordable Care Act, aka Obamacare. With then-Vice President Biden by his side, Obama signed Obamacare into law on March 23, 2010. (Photo: Chip Somodevilla/Getty Images)

The Biden administration is unlawfully trying to expand Obamacare.

The Internal Revenue Service has published a proposed regulation that would make an additional 5 million people eligible for premium subsidies.

The IRS proposal is unlawful, but the administration will do it anyway, as it did with vaccine mandates.

Here’s the background: The Obamacare statute created premium subsidies for people who buy insurance through exchanges. Congress restricted those subsidies to people with low and moderate incomes who had no other source of health insurance.

In addition to Medicare and Medicaid recipients, 155 million Americans with job-based coverage are prohibited from claiming the credits.

The law carved out one exception: If a company plan requires a full-time employee to contribute more than 9.5% of household income for “self-only coverage,” then the worker and his or her family members are eligible for premium subsidies.

The IRS regulations, on the books since 2013, faithfully implement the law, basing eligibility for tax credits on the affordability of employer-sponsored self-only coverage.

The Biden administration is now proposing to rewrite those regulations. It wants to “fix” what it calls the “family glitch” by basing eligibility for tax credits on the cost of employment-based family coverage—rather than self-only coverage. That change would make millions more dependents of covered workers eligible for government subsidies.

The IRS is effectively proposing to amend the statute, something only Congress can do.

Congress, whether controlled by Democrats or Republicans, has left the law untouched. Over the past nine years, various members of Congress have introduced bills to “fix” the “family glitch.” None has won enactment.

The White House has given up on Congress. The president’s star-crossed Build Back Better bill had plenty of Obamacare expansions, but it didn’t address the “family glitch.”

Instead, the administration proposes to do that on its own.

There are lots of reasons why Congress hasn’t acted. First, fixing the “family glitch” is costly. The Congressional Budget Office estimated that a “family glitch” bill introduced in 2020 would increase the federal deficit by $45 billion over 10 years.

Second, most of the people who would claim premium subsidies under the IRS rule already have insurance. The Urban Institute estimates that the regulation would reduce the number of uninsured by only around 190,000. At an average annual cost of $4.5 billion, taxpayers would pay $23,684 per newly insured person each year, an inefficient, wasteful, and inflationary form of deficit spending.

Making family members of employees eligible for Obamacare subsidies will incentivize employers to reduce or eliminate their contributions to dependent coverage, something the IRS acknowledges. If the government will pay for their insurance, why should the company?

The rule would thus increase the cost of job-based coverage for employees’ family members.

Fourth, people who switch from employment-based plans to Obamacare policies are in for a rude awakening.

Obamacare coverage is much less generous than most employer plans and offers less choice of doctors.

The IRS concedes that the rule would result in many families having “split coverage.” The employee would remain in the employer plan, while family members would have a subsidized Obamacare policy with different deductibles, provider networks, drug formularies, and cost-sharing requirements.

That would mean bigger out-of-pocket medical bills for many families receiving subsidies.

Frustrated with congressional inaction, the administration is seeking to act on its own. This has become a familiar pattern for the Biden White House, which has unlawfully established eviction moratoriums, vaccine mandates, and masking requirements on public conveyances.

Those unlawful actions were all related to COVID-19. But what’s the rationale for this one, and why now?

If the proposed IRS rule resulted from White House political influence, it will damage the reputation of an agency already tarnished by its refusal during the Obama administration to grant tax-exempt status to conservative groups.

Bowing to political pressure would expose the IRS to more of it from this and future administrations, and risk undermining the public’s trust in its fairness and impartiality.

The IRS should resist political interference, withdraw the proposed regulation, and leave the business of writing tax law to elected representatives, not political appointees.