Marking a Milestone With Manila: 75 Years of US-Philippines Relations

Philippines President Rodrigo Duterte—seen here welcoming the arrival of a shipment of a coronavirus vaccine from China at a Philippine air force base in Manila on Feb. 28—has sought to position himself closer to the middle ground between the United States and China, and has rejected some of the key cornerstones of the strong U.S.-Philippines relationship. (The placard says, "Emblem of the president of the Philippines.") (Photo: Rouelle Umali/Xinhua/Getty Images) 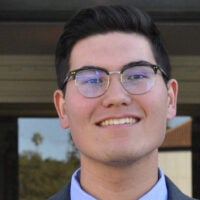 The United States and the Philippines will celebrate two important milestones in their bilateral relationship this year.

Last weekend marked the 75th anniversary of the establishment of diplomatic relations between the two countries, signed on July 4, 1946, as well as the 70th anniversary of our mutual defense treaty with the Philippines.

That makes the island nation America’s longest-standing treaty ally in Asia by far.

In addition to that unique history, the United States’ and the Philippines’ interests are deeply interconnected—politically, militarily, and economically.

Key exports from the Philippines include semiconductors and other important technology.

The Philippines also will receive more than $675 million in new U.S. Agency for International Development assistance over the next five years to support the country’s sustainable development, economic growth, public health, and education.

However, U.S.-Philippines relations have grown somewhat colder since the 2016 election of President Rodrigo Duterte in Manila. In a speech that year in Beijing, Duterte announced his intention to “separate” from the United States’ political and economic sphere and build a new bloc with the Philippines, Russia, and China at its center.

The U.S.-Philippines alliance has been through a period of turbulence as Duterte has tried to position himself closer to the middle ground between the United States and China, and has rejected some of the key cornerstones of the strong U.S.-Philippines relationship.

At the same time, economic freedom in the Philippines has been stagnating in recent years. It sits as the 73rd-most free economy in the world out of 178 ranked, and is not even among the 10 freest in the Asia-Pacific region as measured by The Heritage Foundation’s 2021 Index of Economic Freedom. (The Daily Signal is the news outlet of The Heritage Foundation.)

After a period of incredible economic growth starting in 2010 that raised the Philippines’ score above the world and Asia-Pacific averages, the country has stagnated and even slightly declined in its economic freedom over the past five years.

Issues of corruption and a lack of judicial effectiveness grew after Duterte’s election and continue to limit the country’s overall economic freedom.

Still, support for a stronger relationship with the United States remains firm among Filipinos and within the country’s legislative chambers. Heightened tensions in the Spratly Islands dispute in the South China Sea has led to enhanced military cooperation between the two countries that was previously taken off of the table.

It’s likely only a matter of time before more Philippine leaders reconsider their country’s pivot to China and set their sights again on the United States.

In 1989, The Heritage Foundation proposed a pathway for strengthened relations and economic growth in the Philippines with support from the United States through free market reform and a comprehensive free trade agreement.

Later that year, both the United States and the Philippines entered into a bilateral Trade and Investment Framework Agreement that helped facilitate greater collaboration and economic growth in both countries.

Today, the same free market-oriented types of cooperation can help revive the Philippines’ declining economic growth and stagnating economic freedom, and pave a path for a reinvigorated U.S.-Philippines relationship.