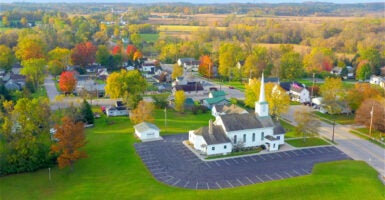 In his new book, "The Unbroken Thread," author Sohrab Ahmari makes the case that the answer to the question "What is freedom?" is “rooted in self-surrender, sustained by the authority of tradition and religion.” (Photo: James Brey/ E+/Getty Images) 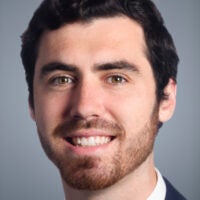 Alexander Phipps is an administrative and research assistant in the Institute for Constitutional Government at The Heritage Foundation.

Arkansas Gov. Asa Hutchinson went on the Fox News Channel’s “Tucker Carlson Tonight” recently to defend his decision to veto a bill that would have prohibited minors in his state from receiving gender-transition medical procedures.

Hutchinson, a Republican, said that the principles of limited government espoused by William F. Buckley and Ronald Reagan compelled him to permit subjecting children to life-altering drugs and surgery without any interference from the government.

Many conservative critics lambasted the governor’s rationalization as a misapplication of conservative principles. But were his critics correct in doing so? After all, isn’t freedom the lodestar of the GOP?

This tension raises an important question: What exactly does “freedom” mean?

In today’s climate, it’s rather intuitive to consider almost any prohibition an obstacle to freedom. But the op-ed editor of The New York Post, Sohrab Ahmari, has challenged that intuition in his new book, “The Unbroken Thread.”

In it, he argues that the West’s “dream of autonomy and choice without limits is, in fact, a prison.” Paradoxically, the remedy for this bondage is found in “true” freedom “rooted in self-surrender, sustained by the authority of tradition and religion.”

To achieve our highest self and maximize flourishing, Ahmari writes, parts of our lives must be “tied down, enclosed, limited, bound.”

To illustrate that point, Ahmari uses a story from Aleksandr Solzhenitsyn’s historical fiction “One Day in the Life of Ivan Denisovich.”

The book recounts a single day in the life of a group of prisoners in a Soviet gulag camp. Gulag life, as Solzhenitsyn vividly recounts, is characterized by starvation, grueling labor, harsh weather conditions, and malevolent treatment from camp officers.

The novel explores how one may preserve one’s human dignity and freedom when faced with such dehumanizing and limiting circumstances.

The lives of two prisoners, Fetyukov and Shukhov, evince two archetypal responses to this adversity: moral slavery and moral freedom.

Fetyukov chooses to serve his baser desires: He scrounges for extra food by licking off other prisoners’ bowls, attempts to siphon extra hits off smoked cigarette butts, and avoids his labor any chance he gets. Fetyukov’s actions rob him of his moral agency, and he is found at the end of the story in a shameful state, sobbing and bleeding after being beaten up as punishment for trying to eat from others’ bowls.

By contrast, Shukhov embraces the labor he is assigned, working harder and more efficiently than any other prisoner. He deflects the guards’ insults with a mirthful attitude. And he even finds extra food for new prisoners who cannot fend for themselves. Shukhov ends his day pleased with himself for the good work he has done.

The gulag can hold one in bondage, but it cannot take away one’s propensity for virtue. By embracing it, Shukhov finds freedom in doing “what he ought to do.” By choosing to remain bound by what is moral, he fosters a sense of moral agency, which allows him to find satisfaction.

In this way, Shukhov remains mentally free, even though his body is imprisoned. Fetyukov, by contrast, has lost all freedom. Though clearly not tied to any moral code, Fetyukov ironically is enslaved to his passions, which debase him.

Drawing from this story, Ahmari concludes that true freedom is the freedom to do good. A “freedom” to do evil is no freedom at all.

For many Americans, this idea is a tough sell because the modern conception of freedom is indistinguishable from license to do whatever one pleases, subject only to the constraints of others’ rights. Moreover, as many Americans increasingly reject religious teachings, appeals to a return to religious traditions have lost their power to persuade.

Ahmari’s book is composed of 12 questions ranging from “Can You Be Spiritual Without Being Religious?” to “Should You Think for Yourself?” and “Is Sex a Private Matter?” These questions initially appear uninteresting, as the answers seem painfully obvious to the modern reader: ‘yes,’ ‘yes,’ and ‘emphatically yes!’

To say otherwise could only mean one is antiquated, authoritarian, or bigoted, right?

Ahmari disagrees and, to his credit, his contrarian views are not presented in the same tired manner in which contentious issues are usually debated. He answers the questions by relying on the life and work of 12 great thinkers, one individual per chapter.

This circuitous method of utilizing biographies to make his point is disarming and provides an opportunity to consider thinking about these questions in a manner foreign to many modern Americans.

Each chapter follows a consistent rhythm. First, he outlines how modernity answers the question. Next, Ahmari sketches a biographical narrative of the featured thinker.

He then explains the thinker’s views and illustrates how their “real-world joys and agonies, the personal triumphs and defeats” gave rise to their system of thought. Finally, he explains how their insights can be applied to today’s social ills.

The 12 thinkers Ahmari chose are an eclectic bunch. They include a Chinese sage from antiquity, a World II-era Jewish philosopher, and a radical feminist and a staunch atheist from the 1980s.

With each of these stories, Ahmari makes the case that freedom is found only when one binds oneself to tradition. But that leaves unanswered the questions: What makes a tradition good, and are some traditions superior to others?

Although Ahmari is a Catholic and believes the church can directly answer each chapter’s questions, he does not exclusively rely on Catholic authorities to illustrate his points. Instead, he utilizes thinkers from an array of traditions, showing that natural reason will lead to similar conclusions as the church’s.

For example, Ahmari highlights an affinity between the radical feminist Andrea Dworkin and historic Christianity. Both recognized that sex is a “public problem” because untamed sexual passions can lead to the subjugation of women.

Those familiar with Ahmari’s work may be wondering whether this book is an apologetic for Catholic integralism; that is, state subordination to the church. No, it isn’t.

In fact, the furthest he goes in his chapter on politics is concluding that the state cannot remain completely neutral to competing conceptions of the good, and that it must promote some “common good” for the community. This is a position taken by many mainstream conservatives.

For readers unfamiliar with these matters, the book sounds highly philosophical. It is, but rest assured, it is not an academic tome. It is accessible to a wide audience, because Ahmari wishes for as many readers as possible to discover the permanent ideals long known, but recently forgotten.

His goal is for them to question modernism’s assumption that “whatever is newest is also best, that everything is negotiable and subject to contract and consent, that there is no purpose to our common life but to fulfill [one’s] desires.”

This work is pertinent to conservatives and liberals alike. For the liberal, familiarity with the moral roots of conservatism may help to dispel some animosity and prejudice toward their political rivals and ultimately diminish polarization.

If liberals can at least see where conservatives are coming from, and are capable of recapitulating the right’s views in an informed yet sympathetic way, perhaps they would be more willing to be gracious towards their opponents.

For conservatives, the book illuminates the fact that true freedom is achieved by some necessary limitations to preserve the common good.

The bill Hutchinson vetoed, for example, is not antagonistic to freedom, because the medical procedures in question can harm children. The bill’s prohibition ensures that children are free from the dangers of permanent bodily damage that are attendant to these kinds of medical practices, at least until they reach adulthood.

If conservatives wish to reverse the trend of consecutive losses in the culture wars, it will be imperative that they disabuse themselves of the error manifested in Hutchinson’s defense. The Arkansas legislature’s overriding of Hutchinson’s veto is a welcome corrective to this trend.

One may question the value of scrutinizing the alluring dogmas of liberalism—whether there is, in fact, something wrong with the endless pursuit of individual autonomy. But given the precipitous rise in divorce rates, opioid addiction, racial tension, and other societal ills, can one really say modernism’s doctrine of radical individualism has brought satisfactory results for society?

With problems this serious, it’s worth investigating every possible solution, even if they originate from dusty scrolls. While only the book’s cover has the appearance of being old, Ahmari’s eminently readable book is a rediscovery of time-tested wisdom that adds a valuable contribution to these enduring questions.