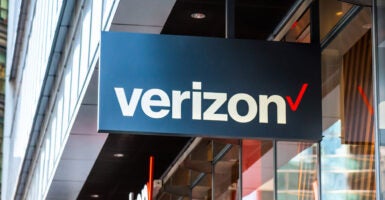 Corporate America: heavy on threats, light on action. After the big blow-up in Georgia, most businesses probably thought they’d scared the daylights out of Republicans by going on MSNBC and ranting against the state’s election law. Turns out, the people who should be scared are the woke CEOs.

Not only did Major League Baseball’s All-Star move backfire, but fed-up conservatives seem to have universally decided to stop paying attention to the corporate rants. If Coca-Cola, Target, and Starbucks want to pitch a fit and leave the state, well, don’t let the door hit your can on the way out.

Even on issues like transgenderism, a topic that shouldn’t be a heavy lift (nor one that any CEO should stake his company’s viability on), Republicans seem just as resolved.

In fact, their indifference to these public letters, warnings of financial consequences, and even full-page New York Times ads has been so overwhelming that The Associated Press is wondering if corporate America’s entire crusade is toothless.

“There’s been a vehement outcry from supporters of transgender rights,” the AP writes, “but little in the way of tangible repercussions for those states. It’s a striking contrast,” they insist, “to the fate of North Carolina a few years ago. When its legislature passed a bill in March 2016 limiting which public restrooms transgender people could use, there was a swift and powerful backlash. The NBA and NCAA relocated events; some companies scrapped expansion plans … So far this year, there’s been nothing comparable. Not even lawsuits, although activists predict some of the measures eventually will be challenged in court.”

Rep. Dan Bishop, R-N.C., who was at the tip of the spear in that North Carolina debate, thinks the lessons in his state ought to be the roadmap for every conservative moving forward.

When you stand up to these cultural bullies, they go away. And multiple states lately, thanks to Republican Georgia Gov. Brian Kemp—who stuck to his guns and fought back—are standing up and saying, “We’re pursuing commonsense policy no matter what the mobs do.” What’s happened? As the AP points out, nothing.

As Bishop explains, a lot has been made of the quote-unquote “backlash” to North Carolina, but that’s a narrative that leaders like him have been trying to debunk for years.

Even in the year 2016, when HB 2 was passed in March and remained on the books throughout that year, it was by some distance the best tourism year for North Carolina ever.

When Bishop asked the General Assembly staff to study the economic fallout in 2018, the answer came back: There wasn’t any.

And yet the establishment media have forever … cited one article by two AP reporters with no economic expertise, no analysis, no examination of data. They just sort of came up with the notion that there had been $3.76 billion of economic impact on North Carolina. It was absurd.

In reality, North Carolina’s tourism numbers broke records; its population grew faster than any state in the union; Forbes named it either the top state or second-best state for business since then, and the state’s gross domestic product was even higher than the national average

“I think what you’re seeing is you can only maintain kind of a bully’s bravado a few times until you’re called out,” Bishop told listeners on “Washington Watch.” “And now they’ve gone to the well more often than they can.”

Look, Bishop said, “I never back down.” (He was the lead sponsor on HB 2, incidentally.) “I never advocated for the repeal of HB 2. I’ve been elected four times since then—and some who waffled weren’t. So I just think the lessons are clear.”

And I would certainly say to all those states that have voters that want these values protected … you’ve got to show them who’s boss. [Our elected officials] have been elected by the people to serve and make the decisions—not CEOs, not the radical HR departments that have been infested with these rogue leftists. You just cannot cave to that. And this phenomenon will go away if a number of states stand up to it.

Just last week, Florida leaders—despite a similar onslaught—managed to resurrect a girls sports bill from the dead and send it to the governor’s desk.

“This is a pro-female, pro-woman bill,” said state Sen. Keith Perry, R-Gainesville, and if Republican Gov. Ron DeSantis signs it, it will be yet another signal to the left that this movement will not be intimidated. As former President Ronald Reagan said, you don’t negotiate with terrorists—and these are cultural terrorists. More men and women need to do what Kemp has done and call their bluff.

What Bishop described in North Carolina is the perfect example that they are bluffing. They can’t hurt your economy. In fact, the Tar Heels have grown so much and welcomed so many transplants that the census just gave them another congressional seat.

One of the best things conservatives can do is counterattack.

“In Georgia,” Bishop reminded everyone, “they filed a bill to repeal Delta Airlines’ aviation fuel tax credit. … [T]he MLB has had to defend the fact that they’re retaliated against Atlanta, a community in which business owners are majority black. And Stacey Abrams is having to bear the brunt of [those] ridiculous activisms. That’s the thing. I say not only stand pat, but go after these corporations.”

It’s something the Republican Party could stand to learn from former President Donald Trump. He always felt like the best defense was a good offense. And he was constantly on the offense (maybe a little bit too much). But the point is, the things you believe in, fight for them. Don’t hunker down in a foxhole. Charge the hill.

“There’s a great hunger and intense hunger out there for people, for elected officials, who will stand up for their convictions,” Bishop insisted. “I don’t care whether I remain in office or not. If someone wants to dump me because I’ve stood up for the principles I’ve been elected upon, so be it. But my responsibility is to stand for the principles, and let the voters choose.”