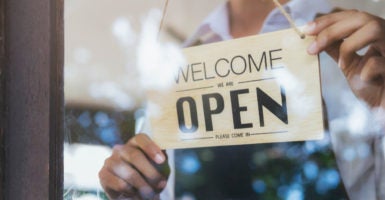 Carl Ehlenz, co-owner of Betty’s Pies in Minnesota, says his business has struggled to hire employees because they simply can’t compete with the generous unemployment benefits people are receiving, sometimes more than 100% of their previous wages. (Photo: Cavan Images/Getty Images) 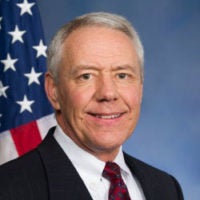 Rep. Ken Buck is the U.S. representative for Colorado's 4th congressional district. He serves on the House Judiciary Committee and the House Committee on Oversight and Government Reform.

If you’re a small-business owner looking to hire back workers you were forced to lay off due to the COVID-19 economic shutdown, you shouldn’t have to face another government-created burden. But sadly, you’re facing just that.

Due to a flawed provision in the CARES Act, which House Democrats insisted be included, Americans are able to receive an additional $600 in federal unemployment insurance on top of their state unemployment benefits through July 31.

As a result, many individuals are now making more money while unemployed than they did while they were working. That provides a perverse incentive for Americans to stay home and not work, which is further crippling America’s small-business community.

What we need to do instead is to incentivize Americans to get back to work, rather than rely on the government.

That’s why we have introduced the Getting Americans Back to Work Act, which caps the amount of unemployment insurance individuals can receive at 100% of their previous wages.

Take 37-year-old San Diego resident Sherif Halawani as an example. In mid-March, Halawani was laid off from his job as a server at The Melting Pot. As he began receiving state unemployment benefits, the CARES Act became law, and he started receiving $250 more per week than if he was actually working at his job as a server.

Situations like those have made it difficult for businesses across the country to attract their own employees back. Carl Ehlenz, co-owner of Betty’s Pies in Minnesota, says his business has struggled to hire employees because they simply can’t compete with the generous unemployment benefits people are receiving, sometimes more than 100% of their previous wages.

In the long run, Ehlenz says, “it’s a huge negative for them because they make way more money just sitting at home.”

Prior to the CARES Act, Minnesotans on unemployment were only earning about half of what they made at their previous jobs, with a $740 cap on the amount of state unemployment benefits they could receive in a week.

However, because of the CARES Act, many individuals are receiving a $600 payment from the federal government on top of the $740 a week from the state.

Businesses in Missouri are facing similar problems. Alex Gauch, general manager of a brewing company, says that many of his employees are not coming back because they “are making more money off unemployment than they make here in a week.”

That has turned unemployment insurance from a temporary bounce-back program into an incentive not to work at all.

The Getting Americans Back to Work Act helps people who were hurt by the economic shutdown and ensures that they are kept financially whole instead of incentivized to stay out of the workforce.

It also gives the Department of Labor the authority to require wage reporting and the right to reclaim any funds paid in excess of the limit set by law.

More than 36 million Americans have filed for unemployment since the pandemic began, and the unemployment rate could soar above 20% by next month.

It’s time to stand up to congressional Democrats, who see no issue with millions of Americans receiving government checks to remain jobless.

We should recover from the COVID-19 crisis the American way, by encouraging Americans to go back to work, not discouraging them from doing so.

Our country was built by hardworking men and women who did incredible things. We can rebuild from the pandemic in the exact same way, as long as our government gives our people the chance.