My Family Came From Cuba. Sanders Should Educate Himself on Cuban Suffering. 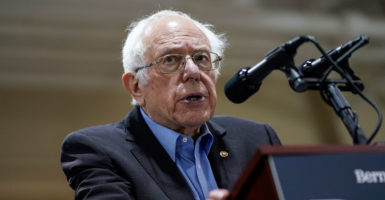 In a “60 Minutes” segment that aired Feb. 23, Sen. Bernie Sanders, I-Vt., once again praised the supposed achievements of the Castro family’s communist rule over Cuba since 1959. His remarks were ill-informed, as I can attest.

“We’re very opposed to the authoritarian nature of Cuba but you know, it’s unfair to simply say everything is bad. You know? When Fidel Castro came into office, you know what he did? He had a massive literacy program,” Sanders told “60 Minutes” correspondent Anderson Cooper.

Such comments demonstrate at the very least a lack of sympathy for the victims of the Castro regime.

They are of a piece with something Sanders told an audience at the University of Vermont in 1986: “I remember, for some reason, being very excited when Fidel Castro made the revolution in Cuba. I was a kid and I remember reading that, and it just seemed right and appropriate that poor people were rising up against rather ugly rich people.”

All of this gets it backward. Marxists and Marxist sympathizers have always insisted that the ends justify the means, which may account for the contempt for Castro’s victims. But the results of Castro’s Cuba do not justify the savaging of a culture.

Let’s first take the comments about the “ugly rich people.” At first blush, one would think he is talking about people like my parents, who were fresh off the University of Havana’s Law School when the revolution triumphed, and who suffered greatly later in the 1960s.

But actually, both my parents were elated when the dictator Fulgencio Batista fled on New Year’s Eve, 1958. Like most of their lawyer friends, they enthusiastically backed Castro and his movement.

One of the reasons was that they knew Castro from law school. Though they did not approve of his gangsterish ways, he promised elections and said he was not a communist (he lied). Besides, nobody could be worse than Batista.

The young professionals detested Batista because of his corruption, but so did the elites, for an entirely different reason that always elides Castro supporters: racism.

Batista was a colored man, blackballed from at least one country club because of his race. Castro, the son of a Spanish soldier who did well in Cuba, was white. Black and mixed-raced Cubans tended to be poorer and were much more likely to support Batista and be members of his police.

Deriding the opponents of the Castro regime as the “ugly rich” is thus baseless. It is also in itself what’s ugly. My maternal grandfather was an electrician, an immigrant from Asturias. My grandmother’s parents were poor immigrants from Galicia. My grandparents worked up to gain a comfortable life and send their daughter to law school. Did they deserve to lose everything?

Did my parents deserve the constant fear of arrest after the revolution because they refused to embrace communism? All they wanted was to have freedom of speech and be able to offer my sister and me a religious education without fear of retribution. As an altar boy in the 1960s, I can tell you that practicing Catholicism took guts. I was 8 or 9.

Did my father deserve to die from diabetes at 44 because he could not get the diet or medication he needed? Had he not walked out of the university and refused to teach law in 1961, he might still be alive. When he died in hospital, the only piece of equipment that could have saved his life was being used on a Russian diplomat; our father did not have access to it.

And all this human suffering, all these broken eggs, for what kind of omelet? For all the vaunted gains in literacy, Cubans today cannot read what they want, only what the party says.

Cuba was a fairly advanced country before 1959, which is why Europeans—like five of my eight great-grandparents—emigrated there.

According to data that anyone could have easily Googled, Cuba in 1959 had the fourth-highest literacy rate in Latin America. Of course, those people could read whatever they wanted. My own paternal grandfather was an anti-Batista columnist and lawyer; there are copies of his opposition columns at the University of Miami library. (He also regularly excoriated Batista on a radio show—try doing that with Raul Castro in Havana today.)

All of this has been crushed by 60 years of communism. No European or American in his right mind would immigrate to Cuba today. Rather than scorn, anti-communist Cubans deserve respect.