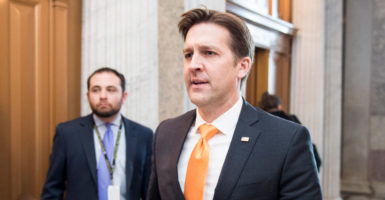 “I want to thank the majority leader for scheduling this vote so that every American can know where their senator stands on the issue of infanticide,” Sasse said in a statement released Thursday.  “A lot of senators spend a lot of time telling people how they fight for the little guy. Well, here’s the chance for them to prove it.”

Sasse tried Jan. 31 to hold a unanimous consent vote on the Born-Alive Abortion Survivors Protection Act in the Senate following New York legalizing abortion up to birth in January and the Virginia Legislature attempting to pass a similar bill. However, Sen. Patty Murray, D-Wash., objected.

“We’re going to have a vote on the Born-Alive Abortion Survivors Protection Act and everyone is going to have to put their name by their vote,” Sasse added.

Sasse’s bill would mandate that babies born alive during an abortion would receive “the same degree of professional skill and care to protect the newborn as would be offered to any other child born alive at the same gestational age,” according to Sasse’s website.

The Nebraska lawmaker said the roll call vote is about putting his colleagues on the record.

“It’s cowardly for a politician to say they’ll fight for the little guy but only if the little guy isn’t an actual 7-pound baby who’s fighting for life,” Sasse said. “It shouldn’t be hard to protect newborn babies—let’s pass this legislation.”