Twitter CEO Caves to Liberal Backlash, Says He Was Wrong to Eat Chick-Fil-A 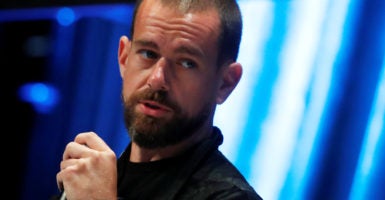 Twitter CEO Jack Dorsey on Sunday expressed regret over eating at Chick-fil-A because of the chicken company’s CEO’s personal views on gay marriage.

Dorsey tweeted a screenshot from his phone that showed a purchase he had made at Chick-fil-A using a mobile application. After a liberal backlash, however, Dorsey apologized for eating at the popular fast-food restaurant.

At issue was Chick-fil-A CEO Dan Cathy’s 2012 support for defining marriage as between a man and a woman, which he described as “the biblical definition of a family.” Former CNN anchor Soledad O’Brien was among those to call out Dorsey for eating at the self-described home of the original chicken sandwich.

O’Brien indicated that Dorsey had sinned by publicly eating at Chick-fil-A during gay pride month.