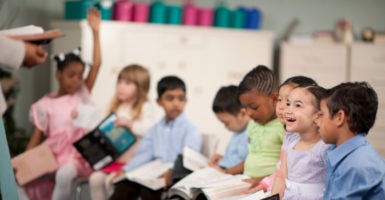 Kentucky will keep God and religion in schools after its education leaders approved a Bible standard that all public schools in the state must meet.

The Kentucky Board of Education approved “Bible literary” standards in a unanimous affirmative vote that allow students to take religion and Bible classes as electives, The Associated Press reports. The classes will be taught as literature and history courses as opposed to devotional study as has been done previously and in other states.

Approval of the standards comes after the American Civil Liberties Union sued the state, asking it to take religion out of the classroom. It alleged that schools should adhere to the Constitution’s mandate for separation of church and state and that allowing Bible classes to be taught in schools is a constitutional violation.

The state is not responsible for making sure teachers will follow the standards, according to board spokeswoman Nancy Rodriguez. That job will fall to individual schools that will regulate both the implementation of the standards and ensure that teachers are following the guidelines as they should.

Georgia, Missouri, Tennessee, and Alabama have also been pushing for religion to remain in the classrooms of public schools.