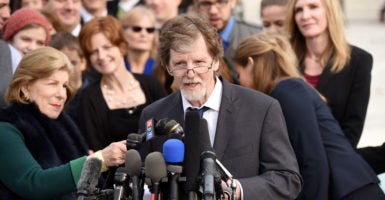 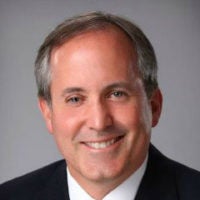 This important 7-2 decision dealt a blow to the inquisitorial and intolerant secularism that targeted the Constitution’s free exercise clause for radical redefinition.

As I argued in a 20-state brief to the court, the newly minted constitutional right to same-sex marriage that Justice Anthony Kennedy wrote into the Constitution two years ago should not abolish the long-standing constitutional right—free exercise of religion—that the Framers themselves placed at the top of the Bill of Rights.

This week’s decision is a victory for the First Amendment, which is specifically designed to protect—not persecute—religious faith.

We should thank God for this victory and the measure of relief it delivers for Phillips and those like him, but the onslaught nevertheless rages on. Defenders of religious freedom must not deceive ourselves about the nature of the fight. This is a clash of worldviews, and our opponents are not interested in compromising.

The other side is not simply asking for tolerance. It deceptively employs the language of “separation of church and state”—a phrase that does not actually appear in the First Amendment—to enforce rigid moral conformity using the coercive power of the state.

This is a strange inversion of the First Amendment’s purpose, which in fact was intended to accomplish the exact opposite: namely, to protect from government infringement the natural, unalienable right to worship our Creator and to live our lives in accord with his commands.

This inversion amounts to nothing less than the attempted establishment of a kind of secular orthodoxy that punishes dissent. What else are we to conclude when its advocates attempt to force a Christian baker to violate his moral convictions by publicly participating in a same-sex wedding?

This is not tolerance. It is the aggressive, punitive enforcement of secular dogma. It not only flies in the face of the free exercise clause of the First Amendment but also represents an outright rejection of the Founders’ own worldview.

The freedom of religion comes first in the Bill of Rights for a reason: It is foundational. It springs from the duties we owe to our Creator and therefore imposes on the state the legal responsibility to protect religion from public persecution.

Virtually to a man, the Founders were men of faith, and that faith was not merely private but infused their public lives as well. They understood that a flourishing America would be impossible without vibrant religious faith.

Their view, however, simply is not consistent with the new secular orthodoxy. As attorney general of Texas, everywhere I look people are being forced to choose between their reasonable moral convictions and invasive new dictates from activist judges.

The bullying of Phillips is only the most high-profile example. Innocuous expressions of Judeo-Christian piety are now wildly denounced, tried in court, and hounded from public view.

Even as we celebrate the victory in Masterpiece, we cannot forget the many other beleaguered Americans being subjected to the same attacks levelled against Phillips. Their cases are the next battlegrounds for religious freedom, and their legal defense will continue to be a defining characteristic of my tenure.

The details of these cases may vary, but the crux of the issue is always the same. Religion—particularly those in the Judeo-Christian tradition—falls afoul of the prevailing secularist convictions of our cultural elites.

This intolerant secularism then attempts to twist the Constitution’s straightforward protection of the “free exercise” of religion into its opposite: a weapon to bludgeon faith and expel it from the public square. George Orwell couldn’t have drawn it up any better.

Fortunately, the Constitution is a stubborn thing. The First Amendment does not lend itself easily to being marginalized. Meanwhile, President Donald Trump continues to appoint qualified, constitutionalist judges to the federal bench who will read the First Amendment’s protection of religious believers as it is plainly written.

Defenders of religious freedom must capitalize on this momentum: We must fight to apply the underlying principle that won the day in Masterpiece—the free exercise of religion—to similar cases all over the country. As attorney general of Texas, I will not budge in my defense of this most precious freedom from the onslaught of secularist orthodoxy.